Some autistic youths detained in UK in ‘horrific’ conditions 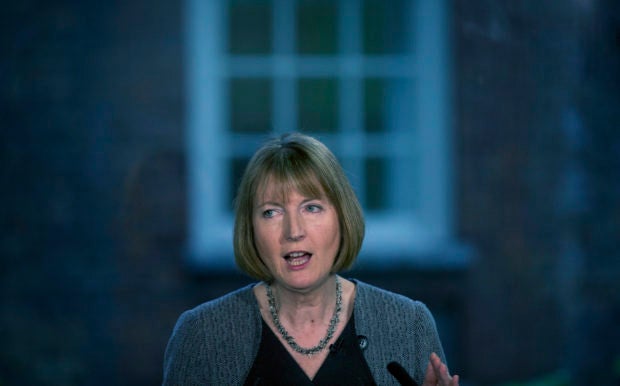 LONDON — A British Parliamentary committee says some young people with autism or learning disabilities are being detained under “horrific” conditions and has called for an urgent overhaul of the medical system overseeing their treatments.

In a report issued Friday, the Joint Committee on Human Rights said it heard “grim” evidence about how young people with disabilities or autism were being held, calling those detentions “often inappropriate.” The panel said it has “lost confidence that the system is doing what it says it is doing” and said the mental health regulator’s approach “is not working.”

“This inquiry has shown with stark clarity the urgent change that is needed,” committee chair Harriet Harman said. “What we saw does not fit our society’s image of itself as one which cares for the vulnerable and respects everyone’s human rights.”

The panel described one particularly distressing episode from the mother of a young man with learning disabilities.

“He had his arm broken in a restraint,” the mother, Julie Newcombe, told the committee. “His arm was wrenched up behind his back until the bone snapped.” She added that her son was not taken for emergency treatment until 24 hours later.

Another young man with learning disabilities, identified only as Witness A, said staff frequently restrained him by twisting his hand “in places it should not go.” He said he was often thrown into his “cell” and was required to notify staff when he needed to use the bathroom.

“I had to ring a bell to let them know. Sometimes they would answer it, but sometimes they did not,” he said.

Another mother said her son, who has serious anxiety problems, was kept in isolation for up to nine hours at a time.

“He started to bang his head against the wall and would bite the wood in the door frame out of desperation,” the unidentified woman said.

Harman and her colleagues called for criteria within Britain’s Mental Health Act to be narrowed to avoid inappropriate cases of detention. They also recommended a unit with a leader in the prime minister’s Cabinet to drive the medical practice reforms and safeguard the human rights of young people with autism or learning disabilities.

According to Britain’s National Autistic Society, there has been a 24% rise in people with autism being admitted to mental health hospitals since 2015.

Dr. Andrew Molodynski, the mental health policy expert for the British Medical Association, called the treatment documented by the panel “barbaric and cruel.”

“There are dark corners of the health service that are breeding harsh and abusive cultures,” he said.

Molodynski called for urgent changes, including proper training for all staff working in psychiatric facilities and for authorities to make sure that patients are treated close to home.

According to British law, people detained under the Mental Health Act in Britain “need urgent help for a mental health disorder and are at risk of harm to themselves or others.” People held under this act can be treated against their will, but the treatment must be “necessary” and “appropriate.”

Ian Trenholm, chief executive of the Care Quality Commission, which oversees health and social services in England, defended his agency’s actions, saying many of the recommendations made by the committee were already in place. But he acknowledged more needed to be done.

“We know we need to improve how we regulate mental health, learning disability and autism services so we can get better at spotting poor care,” he said in a statement. IB/JB

Algorithm used by thousands of US hospitals biased against blacks