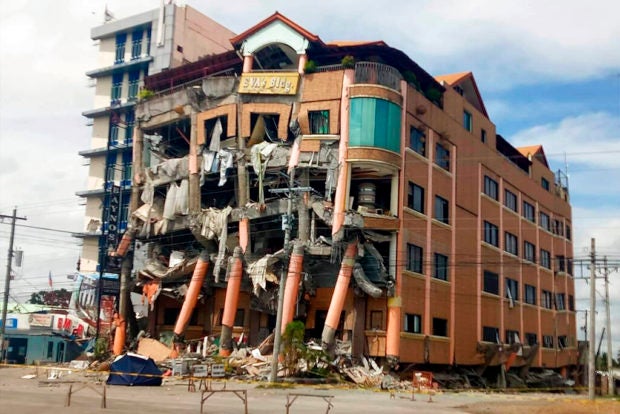 MANILA, Philippines – The Philippine Institute of Volcanology and Seismology (Phivolcs) reiterated on Monday that it cannot predict the time and place where earthquakes would occur amid rumors of future earthquakes circulating online.

In a Twitter post, Phivolcs shared an old photo about a supposed “warning” from them about an impending earthquake in Metro Manila, which turned out to be fake.  However, they added a new caption on the photo.

“We cannot predict when or where an earthquake or tsunami will happen,” Phivolcs said in a tweet on Monday.

“What we do is prepare earthquake scenarios of hazards and impacts to be used as a guide for mitigation, preparedness, and response,” they added.

We cannot predict when or where an earthquake or tsunami will happen.
What we do is prepare earthquake scenarios of hazards and impacts to be used as a guide for mitigation, preparedness, and response.#NoToFakeNews #BasahinAtIntindihin #HandaAngMayAlam pic.twitter.com/atusYe2HGV

This reminder came after several portions of Mindanao, including those in Davao and Cotabato, were hit by strong earthquakes and several aftershocks in a span of days.

Phivolcs, the country’s primary agency tasked to record and monitor seismic movements, said that the Tulanan quakes were caused by a string of movement by active faults in the area, which dates back to the magnitude 5.6 earthquake last July 9, and the magnitude 6.3 movement last October 16.

This is not the first time that Phivolcs issued a statement after the Mindanao temblors, as last October 31, the agency clarified that it has not issued any tsunami  warning.

READ: Phivolcs: No tsunami warning after magnitude 6.5 earthquake in Cotabato

Several scientific studies, including those from British Broadcasting Channel’s Science Focus website and the Scientific American, have conceded that experts still have not found away to prevent the earth’s crust from moving, saying that earthquakes only stop when they lose energy. /je