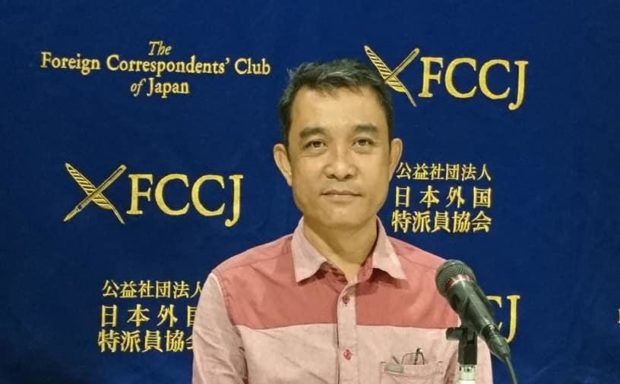 ILOILO CITY, Iloilo, Philippines — A leader of a sugar workers federation, a spokesperson of a national labor center, a correspondent of an alternative news outfit, workers of a transport company and members of a theater group.

Progressive organizations said these were among the 57 persons arrested in coordinated police and military operations over the weekend in Bacolod and Escalante in Negros Occidental.

“We believe that it is a possible prelude to an intensified crackdown — not only on the island but to the whole country — to eliminate activists, progressives and critics of the Duterte Regime,” Clarizza Singson, secretary-general of the human rights group Karapatan in Negros.

“This is to divert the eyes of the people to the ever-worsening economic crises that Duterte regime failed to address,” she added.

The Regional Task Force Ending Local Communist Armed Conflict 6 (RTF-ELCAC 6), however, insists that those arrested in the operations were “high-value individuals” belonging to the regional committee covering Negros Cebu, Bohol and Siquijor island of the underground Communist Party of the Philippines and its armed New People’s Army.

On the evening of Thursday, Oct. 31, police and military operatives arrested 55 persons in raids at the offices of the Bayan Muna party-list, Kilusang Mayo Uno (KMU), National Federation of Sugar Workers (NFSW) and Gabriela in Bacolod City.

In a statement, the government’s Inter-Agency Committee on Legal Action (IACLA) said those arrested in Bacolod, including the minors.  were “undergoing combat-related training and indoctrination.” 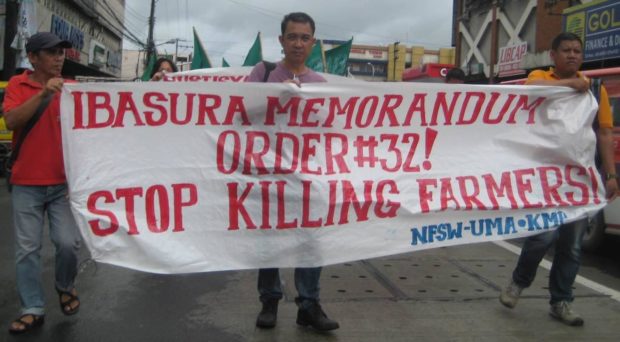 But Singson said it was “absurd but chilling” for the police and military to accuse those arrested as leaders and members of underground rebel organizations because they were known personalities often seen in protest rallies, forums, and other public activities.

Various groups have also accused the police and military personnel of “planting” the firearms, many of which appeared were rusty and old.

Among those arrested were:

Singson said also arrested were 25 cultural workers and members of Teatro Obrero who were practicing for a cultural presentation on Nov. 5, the Cinco de Noviembre provincial foundation day of Negros. 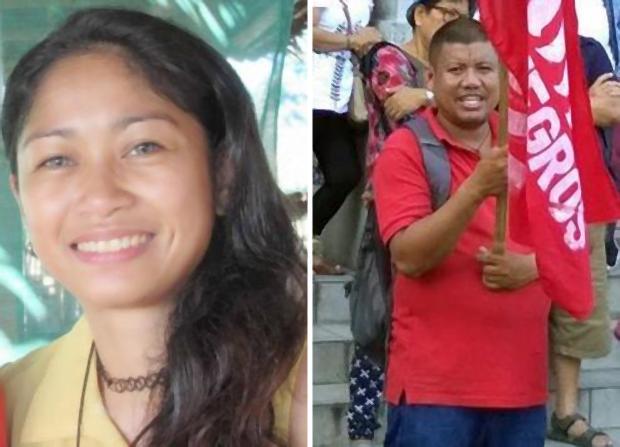 Among the 55 individuals arrested in Bacolod last Thursday, Oct. 31, 2019, were Mary Anne Krueger, a correspondent of the alternative media outfit Paghimutad, and Noli Rosales, spokesperson of the KMU in Negros. (Photos from their Facebook accounts)

Also detained were 21 transport company workers who were in a consultation meeting on labor concerns with KMU officials.

The Commission on Human Rights (CHR) in Western Visayas has started its investigation of the arrests.

Lawyer Jonnie Dabuco, CHR Western Visayas director, said the number of arrested was the highest in a single operation in recent years.

“We are looking into the validity of the search warrants and the conduct of the search and arrest and because there are allegations that the pieces of evidence were planted,” Dabuco told the Inquirer.

“The groups targeted in the raids and arrests have been critical of the Duterte administration and its human rights violations, including the government’s ongoing ‘war on drugs’. In what appears to be an effort to discredit the groups and undermine the credibility of their claims, security officials have ‘red-tagged’ them, accusing them of being legal fronts of outlawed communist armed groups,” it said in a statement.

“Amnesty International is concerned that these allegations have become a way to undermine the peaceful exercise of the human rights of government critics, and have in numerous cases led to violent attacks, including killings,” it added.

It urged the government “to conduct a prompt, thorough, impartial and effective investigation into the groups’ allegations that weapons found on their premises were planted.”