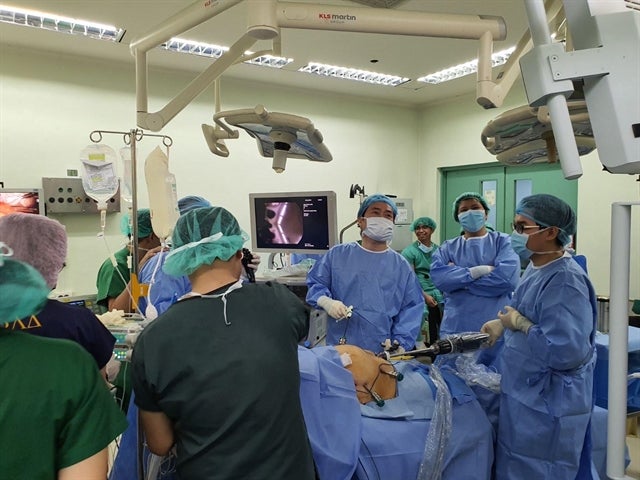 The patients had weighed more than 130 kg each and needed sleeve gastrectomy to help lose weight and reduce the risk of potentially life-threatening weight-related health problems.

Doctors from the two hospitals on October 24 and 25 used robots, which are less invasive and use smaller incisions than normal surgical methods.

This reduces pain, bleeding, infections, and the length of hospital stay.

With manoeuvrable wrists rotating through 540 degrees and a 3-D camera providing a view of healthy and suspicious tissues, the doctors were able to operate and target a part of the stomach for removing precisely.

On October 25 Bình Dân Hospital doctors also gave lectures on using robots to perform surgeries on the digestive tract to their Philippine counterparts.

The Philippine General Hospital in the capital Manila has 1,500 beds.

Bình Dân was the first hospital to use robots to perform surgeries in Việt Nam. Three years after it began, it has performed robot-assisted surgeries on 800 patients with various ailments. /je