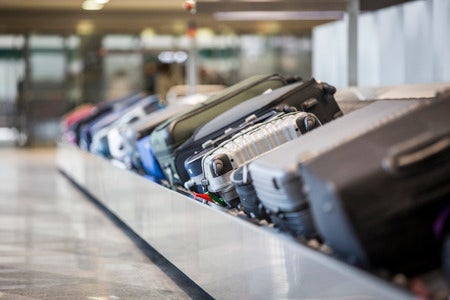 A woman from Oklahoma, United States, had over $1,000 (around P51,000) worth of valuables stolen from her luggage in an American Airlines flight out of Tulsa.

Kinley Rice discovered her items were missing only when she arrived at her destination, as per KJRH on Oct. 25. The missing items include her toiletry bag, jeans, a sweater, leggings, a new Patagonia jacket, as well as her luggage tag with personal information.

“I felt violated. I was just in a hotel room by myself. I was just so uncomfortable because I didn’t know who had my information,” Rice said in the report. “I didn’t know who could contact me. You know, anybody can find you through your phone number, so that was scary.”

Rice had no idea as to who stole her valuables until she saw a Patagonia jacket similar to hers up on sale on Facebook Marketplace, a platform on the social media site that makes buying, selling and trading items convenient for people in their communities. As per the report, the tag on the jacket had the same barcode on her receipt.

Further digging led Rice to discover that the person selling the jacket works in the baggage services of the Tulsa International Airport. She also found out the person is an employee of Piedmont Airlines, which contracts with American Airlines for handling baggage.

It was reported that Rice filed a claim with American Airlines as well as a police report with the Tulsa Police Department upon making her discovery.

“You think you can trust people, you know, when you pay money for them to be responsible for your bag,” she said. “And you think that it should come back in the car. You know, obviously, your bags are going to get beat up and stuff being thrown around, but your contents inside should all be in there once you reach where you’re going.”

American Airlines has since launched an investigation with Piedmont and are cooperating with authorities, as per a statement. Rice would also be reimbursed $1,000 for the missing valuables.  Cody Cepeda /ra