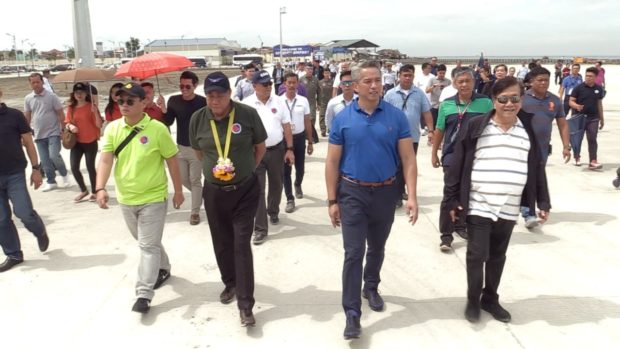 SANGLEY Point, Cavite — At least six firms, including a China-based company, have shown interest in the government’s initiative to expand the Sangley airport into an international airport, Cavite Governor Jonvic Remulla said Tuesday.

Among the firms that have already secured a copy of bid documents were Metro Pacific Investments Corporation, DM Consuji and China Construction Co. of China, Remulla said.

“I forgot the others but so far they are big groups. Ayala called me and they want to secure a copy also. SM group has signified [interest] but they haven’t got a copy,” Remulla told reporters in an interview during the operational dry run of the Sangley airport.

The Cavite governor said the entire project costs about $10 billion and the deadline to purchase bid documents is Nov. 11 this year.

“After that they will submit their tender [offer] on, I think, November 25,” he said.

The winning bidder will be awarded the contract by the end of November and the government will reclaim and lease the land to the winning firm.

Remulla said the airport is set to break ground on January 15 next year and the first runway is eyed to be completed in three years and the four other runways in six years.

The operations of the airport and its maintenance will be a separate bidding process after the construction project is completed.  /jpv