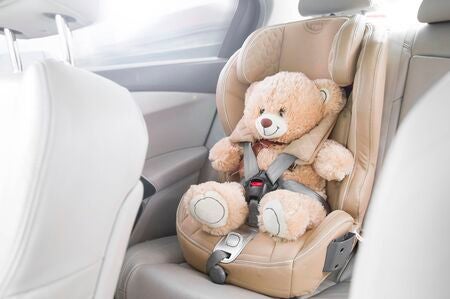 A police officer went above and beyond the call of service when he gave a mother two car seats for her kids instead of issuing her a ticket for driving violations.

Andrella “Lashae” Jackson was driving with her three children when officer Kevin Zimmermann made her pull her car over to the side of a road in Milwaukee, Wisconsin, in the US.

Upon checking Jackson’s vehicle, Zimmermann saw that two of her kids were young and were not in car seats, as seen in the Milwaukee Police Departments’ Facebook post last Monday, Oct. 14.

Andrella JACKSON was recently pulled over by MPD District 5 Officer Zimmerman, and received much more than a traffic…

The officer also pointed out that the two young children were also not wearing seat belts, and that the car had the wrong registration, as per NBC affiliate WTMJ on Wednesday, Oct. 16.

When Zimmermann asked Jackson why the kids were not in car seats, she simply explained that she could not afford them. She added that the car did not have proper registration because she did not have enough money to have it properly registered.

“With bills coming up and winter coming up, I have to get coats and boots and shoes for my kids,” Jackson was quoted as saying. “So it was hard for me.”

Zimmermann, a father of three, sympathized with Jackson and decided to give her a hand.

The officer parted ways with Jackson after he was called to another police emergency, but he later called her up and asked for the weights of her two young kids. As per report, he then went to a nearby Walmart department store to buy two car seats for Jackson’s children.

Zimmermann’s kindness did not stop there, as he personally brought the seats to Jackson’s home and installed it in her car.

“He’s awesome. I really love him,” Jackson said. “I really appreciate everything he did for me.”  Ryan Arcadio /rs

WATCH: Homeless woman whose bike was stolen given new one by police