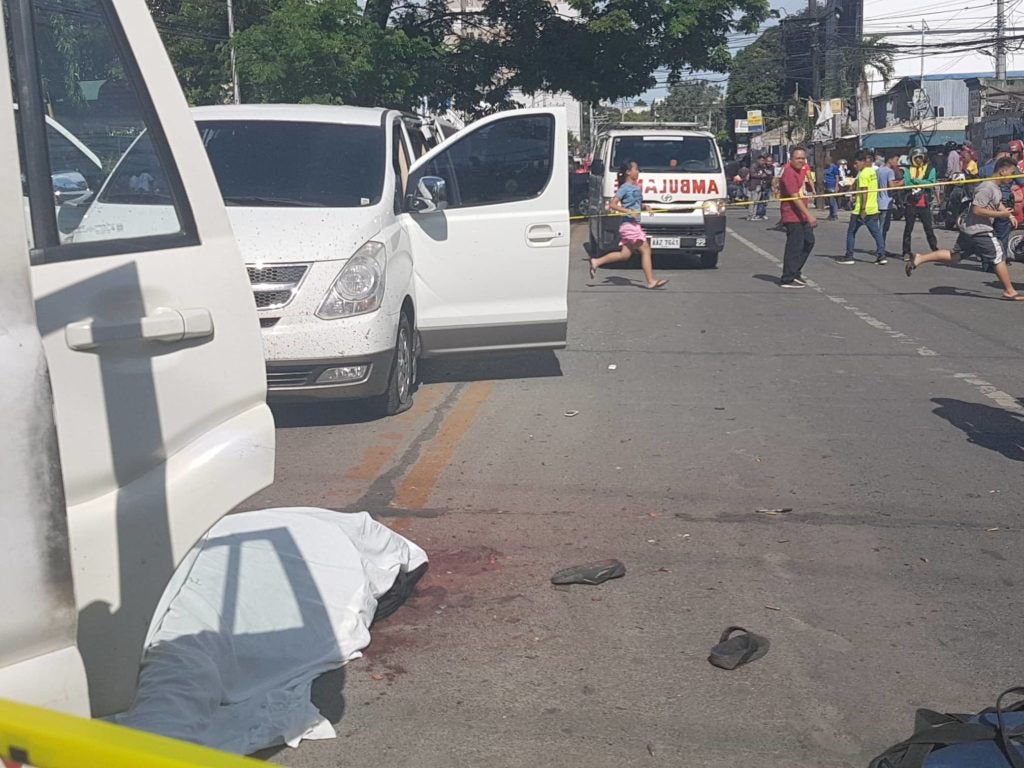 MANILA, Philippines — The mayor of Clarin, Misamis Occidental was killed in an ambush while on his way to the prosecutor’s office for inquest proceeding in Cebu City on Friday, police said.

Mayor David Navarro, who was arrested Thursday for allegedly beating up a massage therapist, was killed when he and his police custodians were ambushed by armed men, Brig. Gen. Valeriano De Leon, Central Visayas director, confirmed in a phone interview with INQUIRER.net.

READ: Mayor arrested after beating up masseur, telling masseuse to massage his birdie

Cpl. Eutemio Catalan was also injured in the ambush and was rushed to a hospital, according to De Leon.

The incident happened as the police convoy was traversing M. Velez Street at about 2 p.m., according to an initial report from Cebu City police.

Citing a witness’ account, local media reports said a white van approached the convoy of the mayor. The witness said about four masked men then opened fire at the police vehicle multiple times.

But according to Police Master Sergeant Carlo Balasoto, driver of the police car, they saw a group of around 10 armed men alighting from a van as the convoy was approaching.

Navarro was supposed to be brought to the Cebu City Prosecutor’s Office where the charges of acts of lasciviousness, usurpation of authority, and physical injury were to be filed against him.

Witnesses said the suspects also pulled the mayor from the patrol car and was shot to death by at least four assailants.

Police Major Eduard Sanchez, chief of the Abellana police station, said Navarro’s companion and a policeman were also hit by the bullets. The two victims were rushed to the hospital for medical attention.

Based on their investigation, Sanchez said the suspects were on board a white van.

Navarro, who was on the narco list of President Rodrigo Duterte, was in Cebu to attend a workshop last Wednesday.

But he ended up in jail after he was arrested for allegedly mauling a masseur in a massage parlor.

Navarro, who was apparently drunk, reportedly got angry when he was told that no masseuse could attend to him.

Dueñas said when a masseuse was assigned to the mayor, Navarro asked that she massage his private part.

Dueñas and the masseuse subsequently reported the incident to the police. /jpv/lzb