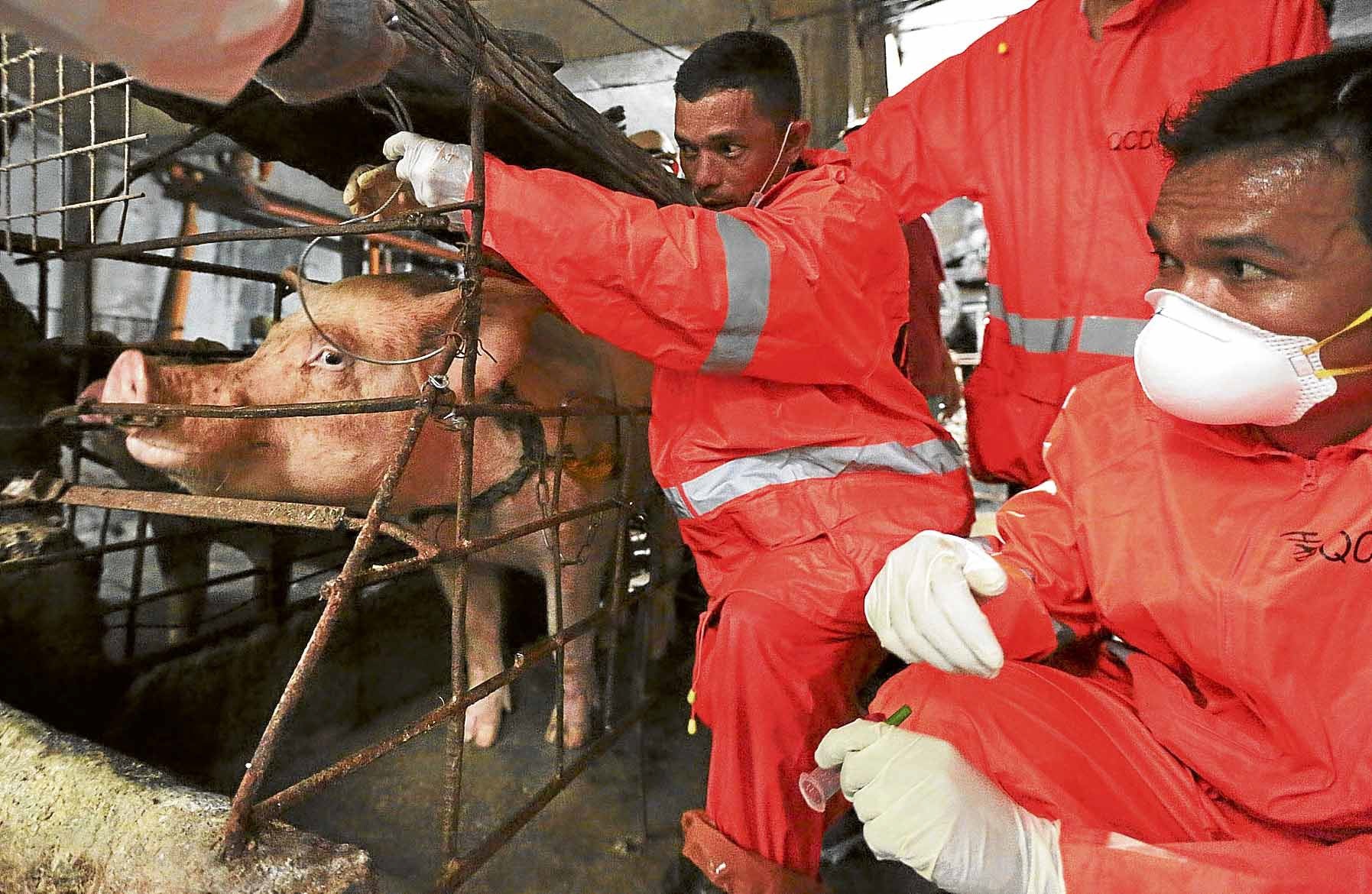 MANILA, Philippines — A group of meat processors has asked the Bureau of Animal Industry (BAI) to identify the brand or manufacturer of three processed pork products — hot dog, “longganisa” (pork sausage) and “tocino” (cured pork) — that the government agency found to be positive for the African swine fever (ASF) virus.

Millions of Filipinos eat these processed pork products every day, especially for breakfast.

“In the spirit of fairness,” said Jerome Ong, vice president of Philippine Association of Meat Processors Inc., “we urge the BAI to identify the brand or company that tested positive for ASF.”

“[Not doing so] may cast doubt on the whole industry,” Ong, who is also CDO Foodsphere president, said in a phone interview with the Inquirer, even as he said the group respected “the authority and integrity of the bureau.”

The brand and name of the company that processed the tainted meat were crossed out in the copy of a one-page BAI report about its tests on the processed pork products.

The ASF virus does not pose any health risks to humans, according to the Organization of Animal Health. But humans could become carriers of the disease once tainted pork is ingested.

A copy of the BAI’s clinical laboratory test showed that samples of the three processed pork products contained the “ASF viral DNA.”

“All pools are positive for African swine fever virus,” said the report, a copy of which was obtained by reporters on Wednesday.

The report was noted and signed by the division chief, Dr. Rosemarie Antegro.

Noel Reyes, spokesperson for the Department of Agriculture, said the report should be authenticated first. He refused to comment further on the matter.

Other BAI officials reached by the Inquirer declined to comment.

Routes of transmission of the disease include:

Ingestion of meat or meat products from infected animals—food waste, feed and garbage

Contact with anything contaminated by the virus such as clothing, vehicles, utensils and other equipment

The Samahang Industriya ng Agrikultura (Sinag) said it was ready to file charges against entities that would not implement the quarantine-first policy.

“If there are already reported cases like this, then it’s enough ground for local government[s] not to rescind the ban on the shipment, transport and sale of both live hogs and processed meat,” said Rosendo So, Sinag chair.

A number of local governments have said they will maintain the ban on processed meat products from ASF-infected areas in Luzon.

The stand of the local governments came despite a memorandum circular from the Department of the Interior and Local Government (DILG) requesting them to lift the ban on meat products to ensure stable supply of the commodity as the Christmas season nears.

On Oct. 21, the DILG released guidelines for the movement, distribution and sale of processed meat in the country as the majority of local governments continued to ban the products.

The department circular prompted 62 of 81 provinces nationwide to ban the entry of live hogs and pork products in their areas. —With a report from Inquirer Research