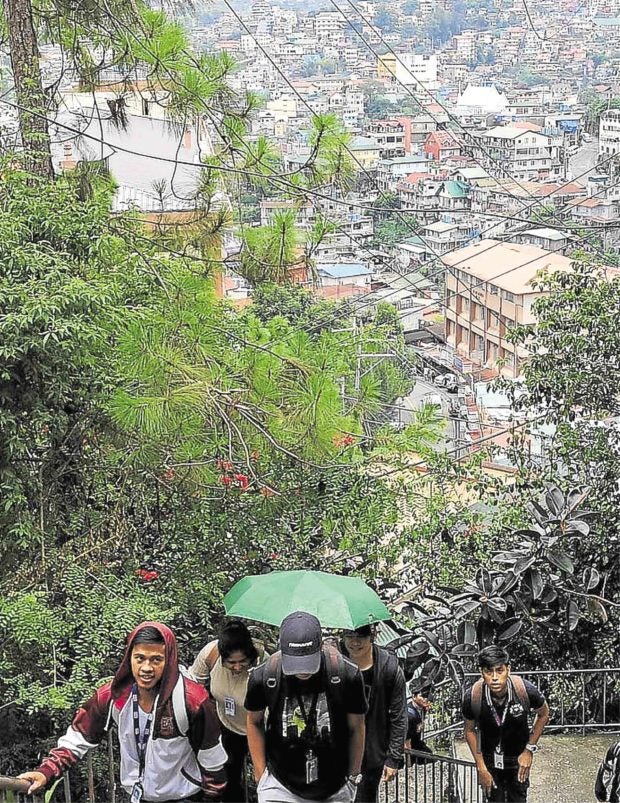 CROWDED CITY Plans have been laid out to rehabilitate Baguio, which faces problems brought about by overcrowding and overdevelopment. EV ESPIRITU

In his address on the state of the city, Magalong said non-Ibaloy clan members who bought the ancestral lands have occupied forest or developed portions of it such as those at the Baguio dairy farm.

While the city government recognizes Ibaloy lands, it wants the proper implementation of the Indigenous Peoples Rights Act (Ipra, or Republic Act No. 8371), the mayor said.

He said he raised the matter last week with Allen Capuyan, chair of the National Commission on Indigenous Peoples (NCIP), the agency which protects indigenous peoples’ rights and which issues CALT and certificates of ancestral domain title.

In Baguio, the NCIP has processed 581 ancestral land claims from the original 757 claims based on a 1990 master list. It has issued 66 CALT, archived 254 inactive applications, and is processing 196 claims.

The agency is also studying 112 claims that it said have “controversial issues” that have prevented it from processing them.

“I asked NCIP to resolve all these issues once and for all and to withdraw CALT from families that subdivided and sold titles to migrants and corporations,” Magalong said.

The Ipra prohibits CALT beneficiaries from selling their ancestral lands, Capuyan said, adding that they may transfer these only to their relatives or clan members.

According to a position paper on ancestral lands, selling such property involves not just their transfer “but the spiritual and cultural bonds to these lands which the state is mandated to protect and preserve … being property belonging to all generations.”

During a land use summit here on Sept. 13, Ibaloy families urged the government to penalize holders of fraudulent CALT reportedly issued by the NCIP, including lands at the Baguio dairy farm.

An Ibaloy leader said many reservations had been settled by families “who simply want to coprotect these forests.”

The land summit also drew attention to CALT applications that have also hampered the processing of townsite lands.

Baguio has been declared a townsite reservation and land applicants have been limited to a hectare each that they must develop and then buy through an auction.

Although it has become an outdated mode of land sale, a townsite sales committee is still working on 26,302 lot applications dating back to 1990.

The Department of Environment and Natural Resources said 3,611 lots (14 percent) had been cleared while 9,535 others (36 percent) were being processed.

It said 11,708 applications (44 percent) had been rejected while 1,448 others had been frozen by temporary restraining orders or were subjects of protests because the lots overlapped with ancestral land claims.

Magalong said the city government wanted to resolve overlapping land claims to enable the city to follow a land use plan as part of its rehabilitation.