MANILA, Philippines — President Rodrigo Duterte has designated Executive Salvador Medialdea as the government’s officer-in-charge (OIC) during his trip to Japan from October 21 to 23.

Duterte signed Special order No. 1125 on October 18 assigning Medialdea as OIC “to take care of the day-to-day operations in the Office of the President and to oversee the general administration of the Executive Department.” 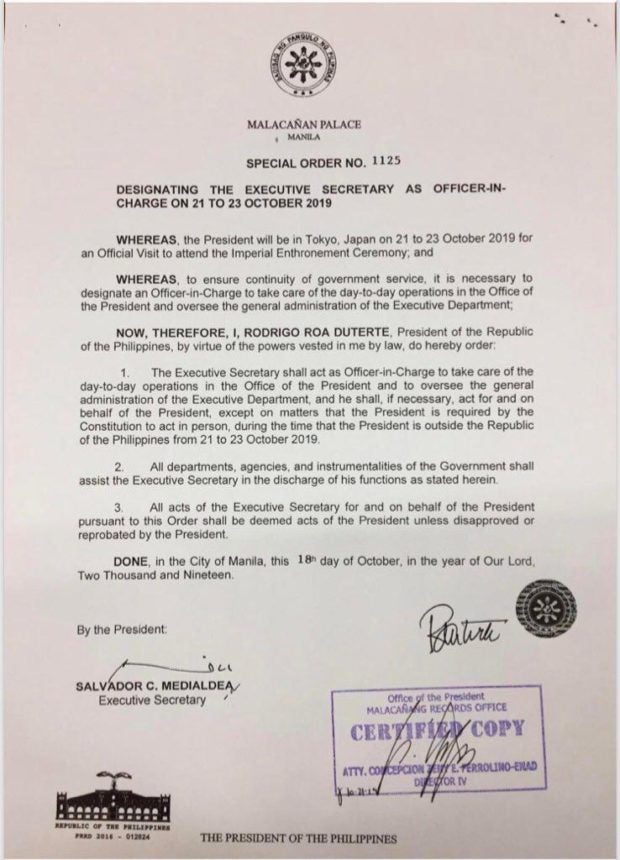 Duterte will fly to Japan on Monday afternoon to attend the enthronement of Emperor Naruhito.

Aside from witnessing the enthronement, presidential spokesperson Salvador Panelo said Duterte would attend two banquets during his fourth visit to Japan.