5 suspects in harvest of 2 tons of giant clams charged 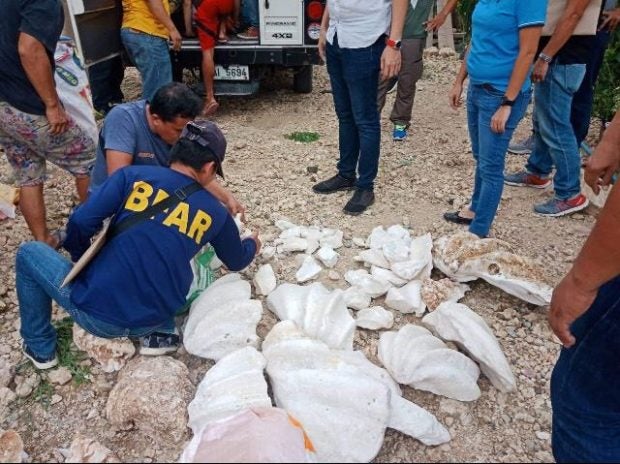 Officers of the National Bureau of Investigation and the Bureau of Fisheries and Aquatic Resources inspect the fossilized giant clams or ‘Taklobo’ they seized in Cordova town, Cebu. INQUIRER PHOTO/NESTLE SEMILLA

CEBU CITY—Criminal charges for illegal fishing had been filed against five persons caught in possession of 2,000 kilograms of fossilized giant clams, or taklobo, worth at least P36 million.

The Cebu provincial prosecutor filed the charges on Friday, Oct. 18, against the couple George and Bebing Oldama, Rowena Tajanlangit and two unidentified men for violation of Republic Act 10654, or the “Act to Prevent, Deter and Eliminate Illegal, Unreported and Unregulated Fishing.”

At least 2 tons of giant clams were seized in operations by the National Bureau of Investigation (NBI) and Bureau of Fisheries and Aquatic Resources (BFAR) in several villages of Cordova town, Cebu province.

“It was hard to catch them in the act of possessing these giant clams,” Enrile said.

Citing investigation results, Enrile said the suspects sell giant clams for P18,000 to P20,000 per kilogram. He said, however, that investigators still don’t know where the clams are bound or how they were to be used.

Giant clams are a protected species under the Convention on International Trade in Endangered Species of Wild Flora and Fauna (Cites).

The Central Visayas office of BFAR appealed to the public to report people possessing or gathering giant clams.

In a press statement, regional BFAR chief Alfeo Piloton  urged people to alert law enforcers or the bureau if they see someone collecting, possessing or selling giant clams. /TSB 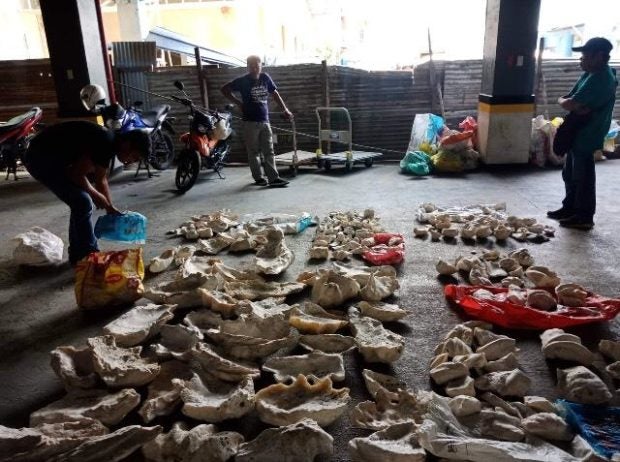 Officers of the National Bureau of Investigation and the Bureau of Fisheries and Aquatic Resources inspect the fossilized giant clams or ‘Taklobo’ they seized in Cordova town, Cebu. INQUIRER PHOTO/NESTLE SEMILLA