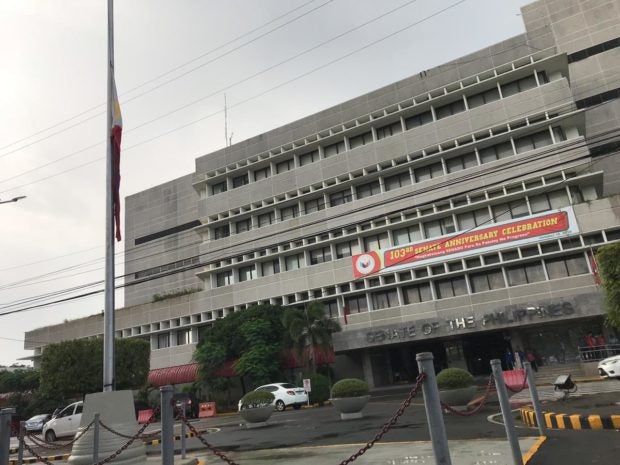 The Senate has been flying its flag half-mast since former Senate President Aquilino Pimentel Jr. passed away on Sunday. PHOTO/Christia Marie Ramos

The necrological service is scheduled for 10 a.m., according to a statement issued by the Senate which has been flying its flag half-mast since Pimentel passed away on Sunday.

Sotto will also present a resolution to Pimentel’s family, expressing the Senate’s sympathy and condolences over the passing of the former Senate leader.

Among those who will deliver eulogies for Pimentel are Sotto, Senator Pia Cayetano, and former Senators Heherson Alvarez, Anna Dominique Coseteng, and Jose Lina Jr.

The Pimentel patriarch’s death came less than a week after he was put in an intensive care unit (ICU) last October 14.