Magalong: More than meets the eye with Albayalde’s role in ninja cops issue 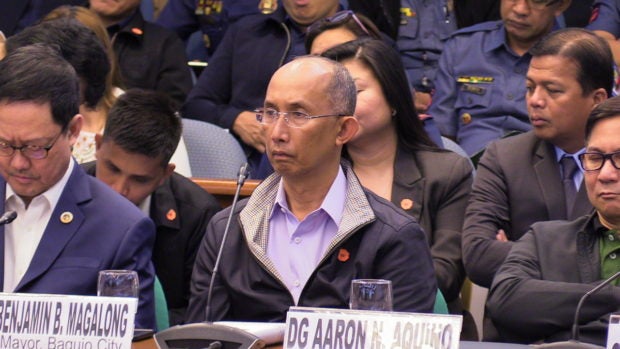 The Police Criminal Investigation and Detection Group (CIDG) has included Albayalde in the complaint it filed against 13 policemen for losing evidence and bungling the drug trafficking case. Magalong, who once led the CIDG, discussed the Pampanga drug raid at the Senate inquiry into the questionable release of hardened criminals for good behavior.

“He needs to be held accountable not only because he didn’t do anything, but because how many youths were victimized when 160 kilos of shabu were returned to the streets,” Magalong said after giving a state of the city address here.

“He failed to act (on the recycling of seized drugs) and he continues to protect those involved in that anomaly so he should be charged,” he said.

Albayalde continued to invoke that there was presumption of regularity regarding the 2013 drug raid. He served as Pampanga police director when the scandal broke out in 2013.

“But it is impossible for him to be promoted to the head of the National Capital Region Police Office and chief of the Philippine National Police (when he could) have disciplined the 13 policemen,” Magalong said.

The missing drugs was a glaring issue so the question that needs answered is why he didn’t act, the mayor said. /je