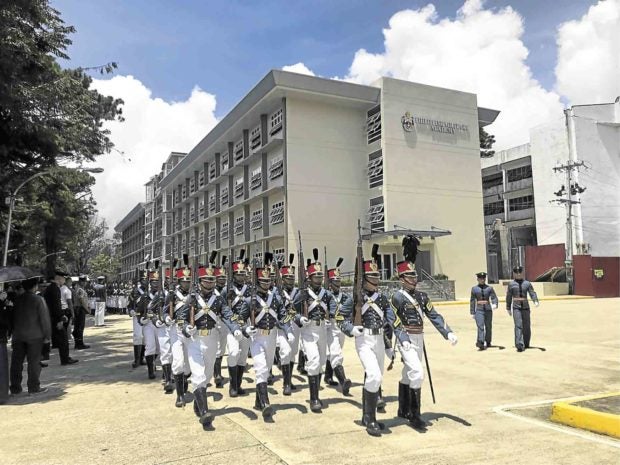 READY FOR CHANGE Freshman cadets at the Philippine Military Academy will be asked to share a room with senior cadets as part of reforms in the military training school following the hazing death of Cadet 4th Class Darwin Dormitorio last month. —VINCENT CABREZA

While acknowledging that hazing or maltreatment in the military school continues, Rear Adm. Allan Cusi, PMA superintendent, has ordered a review of “cadet norms,” said Brawner, a member of the PMA “Makatao” Class of 1989.

“To solve the problem [of hazing] we need to recognize there is a problem … There is a culture. What we will try to do now is eliminate bad practices and replace them with better [traditions],” he told reporters.

He said the PMA alumni would take the lead in formulating traditions that would help shape “morally upright and disciplined” military officers. He said the academy might also try to come up with a uniform interpretation of the honor code, which guides the behavior of the PMA cadets and alumni.

According to Brawner, the code “is perfect” because it stipulates that all cadets should not lie, cheat or steal and must not tolerate anyone who breaks this rule.

But it has been used to justify some “abusive traditions,” he said, adding that some cadets and alumni misunderstand the honor system.

The cadet culture review is part of academic, bureaucratic and medical reforms being undertaken by the academy, following the hazing death of Cadet 4th Class Darwin Dormitorio on Sept. 18.

Seven senior cadets have been charged with the murder, hazing and torture of Dormitorio, 20, a son of a retired Army colonel.

Brawner also said the PMA was overhauling its health care system by hiring more psychiatrists and medical specialists, and was modernizing its hospital.

The PMA is also heeding the recommendations of experts, including a neuropsychiatric team from the Armed Forces of the Philippines, which reviewed the PMA’s health regulations.

“We are not saying cadets are crazy … that they are psychopaths. But like soldiers in the field, cadets [who are] confronted by extreme stress will need counseling,” he said.

University volunteers were sent to the PMA recently to provide stress and trauma counseling for plebes. The senior cadets were also given anger management counseling. —Vincent Cabreza