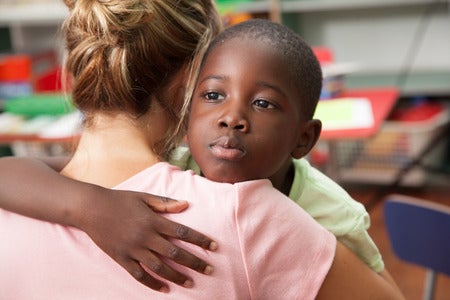 A 12-year-old boy was suspended from school for hugging his female gym teacher, after she pulled him out from a class activity.

The boy (name withheld in report) was playing dodgeball with his classmates at Forest Grove Middle School in Worcester, Massachusetts in the United States, when the teacher gave him a timeout for “goofing off” with his friends.

He then hugged his teacher and asked to be kept in the game last Friday, Sept. 27, as per Telegram & Gazette on Sunday, Oct. 13.

According to Julie Orozco, the kid’s foster mom, the teacher did not favor the gesture and had continued on with the class.

After his gym class, the child was invited to the school’s main office and was told he would receive punishment for hugging his gym teacher. The boy did not take the notice well and was in tears when Orozco picked him up from school that day.

Orozco met with a certain superintendent Maureen Binienda and other district officials on Friday, Oct. 11. The mom said she was told that her son’s hug was too “tight, forceful and aggressive.”

The officials added that her 12-year-old son should have known the gesture was inappropriate. Orozco noted that the school’s explanation about the incident was inconsistent as the hug was not initially described with such negative remarks.

She also believes that the school may have taken her son’s race into account when deciding on what to make of the incident. Orozco’s child was an African American while his teacher was a Caucasian. Binienda did not comment on Orozco’s claims.

The boy’s suspension was later trimmed from 10 days to four days, as per report. The offense was also changed from an assault on staff to a general disruption of school violation. Ryan Arcadio/JB