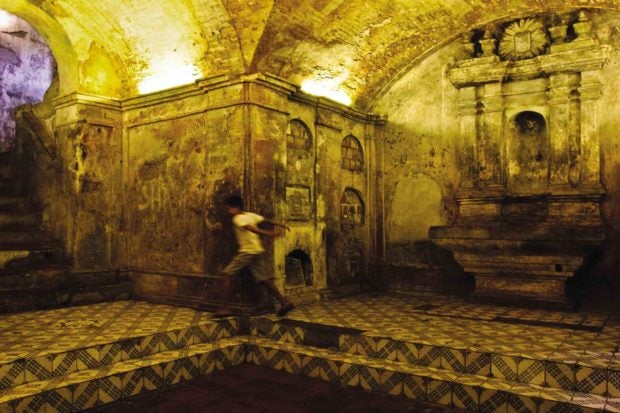 The historical marker of Nagcarlan Underground Cemetery in Nagcarlan town, Laguna province, was installed. Built by Franciscan friars and designed by Fr. Vicente Velloc in 1845, the octagonal-shaped cemetery is built of bricks, adobe and river stone.

The famous crypt, which is found 4.57 meters  below the chapel, contains 36 niches where priests and the town’s elite residents were interred.

More than 200 niches are above ground and had been incorporated into the perimeter walls.

The cemetery served as a hideout of Filipino revolutionaries in 1896 and of Filipino guerrillas during World War II.

A museum located in front of the cemetery was opened in 2016 to explain the difficulties in preserving and restoring heritage edifices.

The Allied Forces and the Japanese Navy engaged in the biggest naval encounter in World War II known as the Battle of Leyte Gulf.

The battle followed the return of General Douglas MacArthur, together with then President Sergio Osmeña, to Leyte.

It spanned 160,000 square kilometers of sea and involved some 700 ships, and was composed of four separate engagements: Battle of Cape Engaño, Battle of Sibuyan Sea, Battle of Samar and Battle of Surigao Strait.

It ended with the crippling of the Japanese fleet and reinforced Allies’ control of the Pacific.