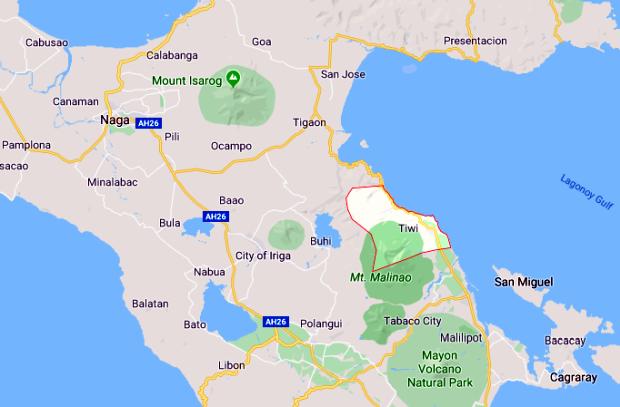 LEGAZPI CITY, Albay, Philippines — Two workers of an internet service company died on Saturday afternoon due to electrocution as they were installing a concrete post on a national road in Tiwi town in Albay province.

Capt. Dexter Panganiban, Albay police spokesperson, identified the victims as John Levy Aligado, 21, and Joey Pacleb, both of Cuyapo town in Nueva Ecija and employees of an internet service company based in Bacacay town in Albay.

The victims were installing a concrete post at around 1:50 p.m. when the post hanging from a boom truck they were pushing into a hole accidentally hit the high voltage transmission line.

The victims died while being taken to the Ziga Memorial District Hospital (ZMDH)in Tabaco City.