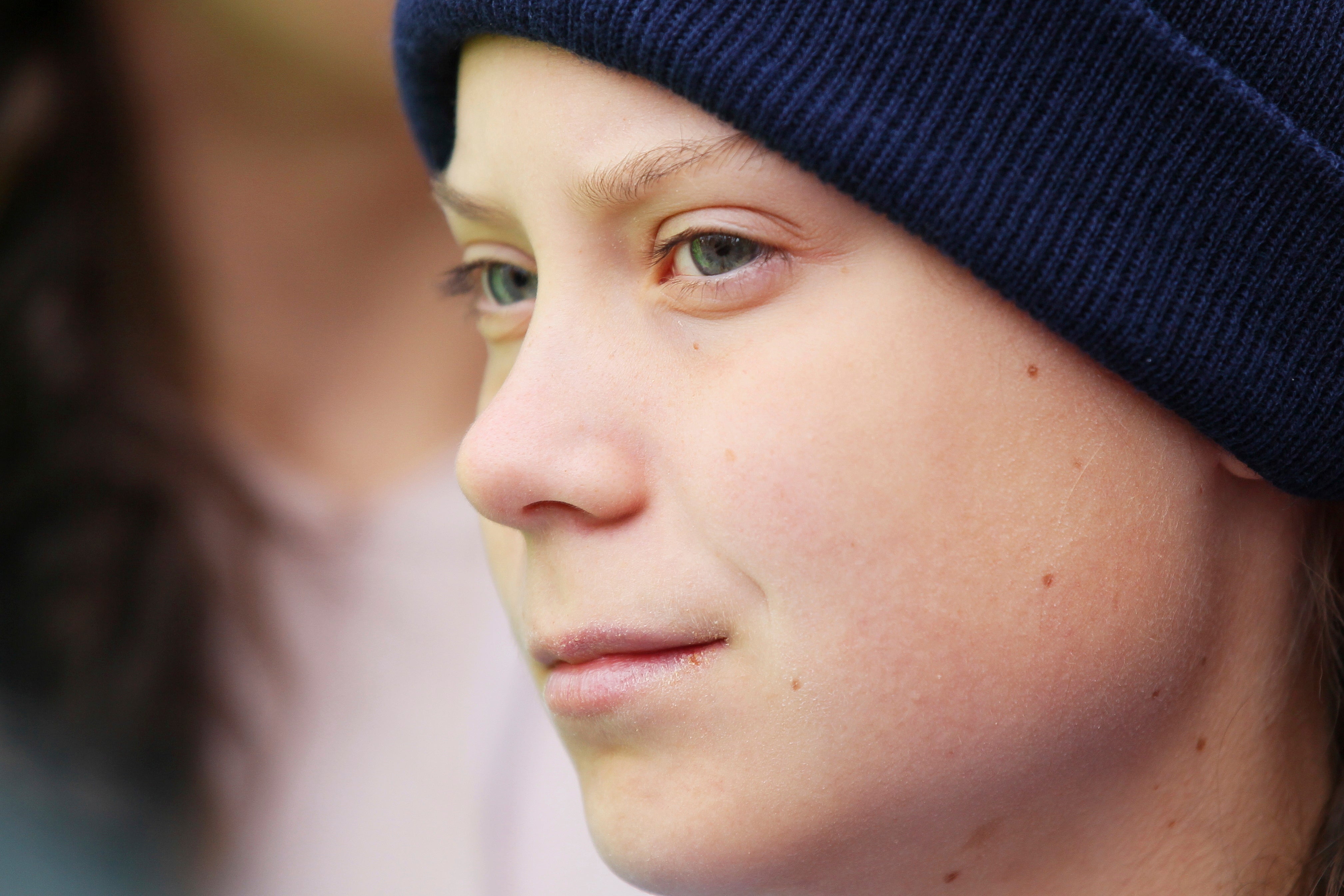 Swedish climate activist Greta Thunberg takes part in a march and rally at the Alberta Legislature Building in Edmonton, Alberta, on Friday. (The Canadian Press via AP)

EDMONTON, Alberta — Swedish climate activist Greta Thunberg stayed away from any direct criticism of Alberta’s oil sands and did not comment on Canada’s election as she took her message to the oil-rich Canadian province on Friday.

“We cannot allow this crisis to continue to be a partisan, political question,” Thunberg said in a speech before thousands of people on the steps of the provincial legislature.

“The climate and ecological crisis is far beyond party politics and the main enemy right now should not be any political opponents, because our main enemy is physics.”

The 16-year-old told thousands of people in front of the provincial legislature in Edmonton on that the future of the planet is at stake. Alberta has the world’s third largest oil reserves in the world. It is a large source of emissions.

A group of oil and gas industry supporters held a counter-rally. The convoy of pro oil and gas truckers passed by as Thunberg spoke, with the sound of their horns echoing through the plaza.

Canadian Prime Minister Justin Trudeau is in a tough reelection fight in Monday’s national elections. Trudeau met with Thunberg earlier in the campaign.

Her “Fridays for Future” demonstrations have inspired millions across the world to stage protests urging leaders to tackle global warming.