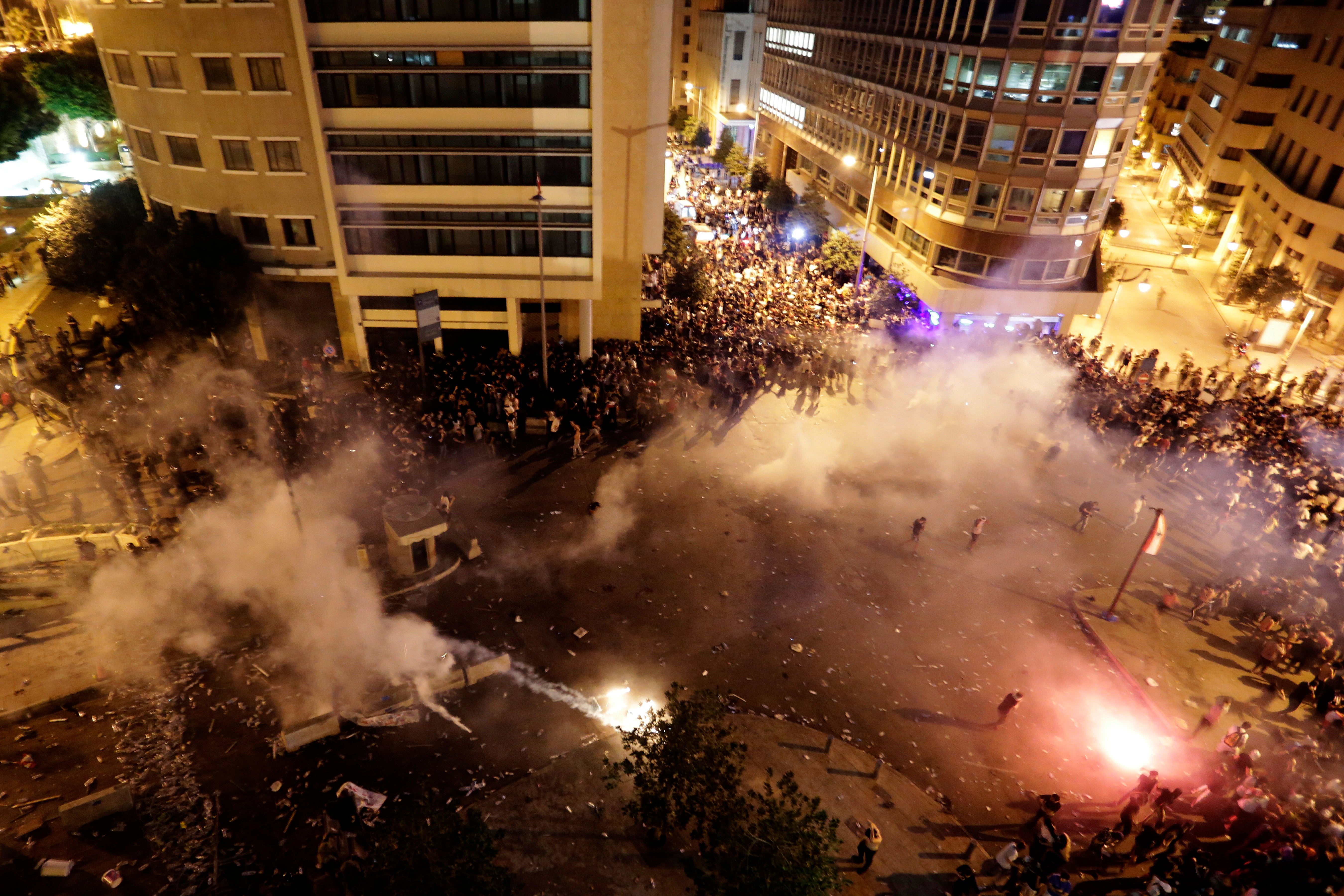 Lebanese riot police fire tear gas during a protest against government’s plans to impose new taxes in Beirut, Lebanon, Friday, Oct. 18, 2019. Demonstrators in Lebanon are blocking major roads across the country in a second day of protests against proposed new taxes, which come amid a severe economic crisis. (AP Photo/Hassan Ammar)

MANILA, Philippines — The Philippine Embassy in Lebanon on Saturday appealed to Filipinos in Lebanon to exercise caution as violent protests against proposed new taxes continue to spread there.

[For your safety, avoid crowded areas, violent protests and other related activities.]

The Embassy also asked Filipinos to stay indoors if they have no important matters to attend to.