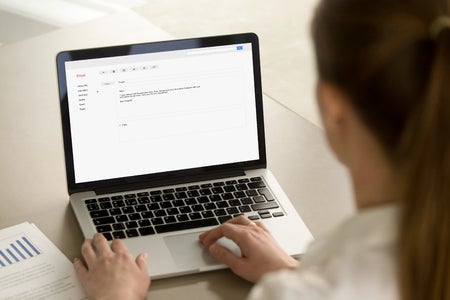 A woman was reported to her workplace’s human resources department for sending work-related messages to colleagues after work hours.

Sharon Au, a former actress from Singapore, recalled the incident during a recent interview with Chinese radio station 96.3 Hao FM, as per Mothership last Monday, Oct. 14.

Au had moved to France last year to work for an equity company there, and was unfamiliar with the country’s labor laws. France implemented a law in 2017 giving employees the right to disconnect from work after office hours.

She told the station’s DJs that she had sent a work-related email to her French coworker at 8 p.m., which was after their set working hours. The colleague then took a screenshot of Au’s message and sent it to their HR department.

Upon being informed of Au’s email, the HR officers reminded the former actress to follow office hours when addressing work-related matters.

Au repeated the same mistake three months after, and was once again reported to the human resources department.

She had sent a text message at 11 p.m. to a colleague about a meeting the next morning. Au said she sent the message to simply ensure all preparations for the meeting were ready.

The coworker ignored her message and took a screenshot of it before sending it to their human resources department.

Seeing that it was Au’s second time to be reported by a coworker, the department became concerned about her well-being outside of work.

The concerned officers suggested that Au pick up hobbies such as yoga for the sake of her well-being. Her employer also gave her movie tickets to urge her to get a life outside of work.

She said she learned that French labor laws are very strict regarding the set 35-hour workweek, adding that contacting coworkers about work matters past the established working day is considered as harassment in France.  Ryan Arcadio /ra

LOOK: Man photoshops flat tire onto image of his car to avoid work

Read Next
CamNorte Gov faces complaints for violating ease of doing business rules
EDITORS' PICK
PH to import 60,000 tons of fish to cover shortage
Gear up and get ready to play with Yamaha Mio Gear
Over 3 Million worth of prizes to be won at Smart Padala’s SENDali Manalo Promo!
Acer starts the year off strong with the Aspire Vero National Geographic Edition
#VotePH2022: COVID, power woes loom as poll concerns
Workers are exempted from ‘no vax, no ride’ policy – DOLE chief
MOST READ
Guevarra to Acosta: Obey rules on unvaccinated
PH to import 60,000 tons of fish to cover shortage
Emma Stone calls Andrew Garfield a ‘jerk’ after he ‘lied’ about his ‘Spider-Man: No Way Home’ appearance
Cold-case investigation names surprise suspect in Anne Frank’s betrayal
Don't miss out on the latest news and information.