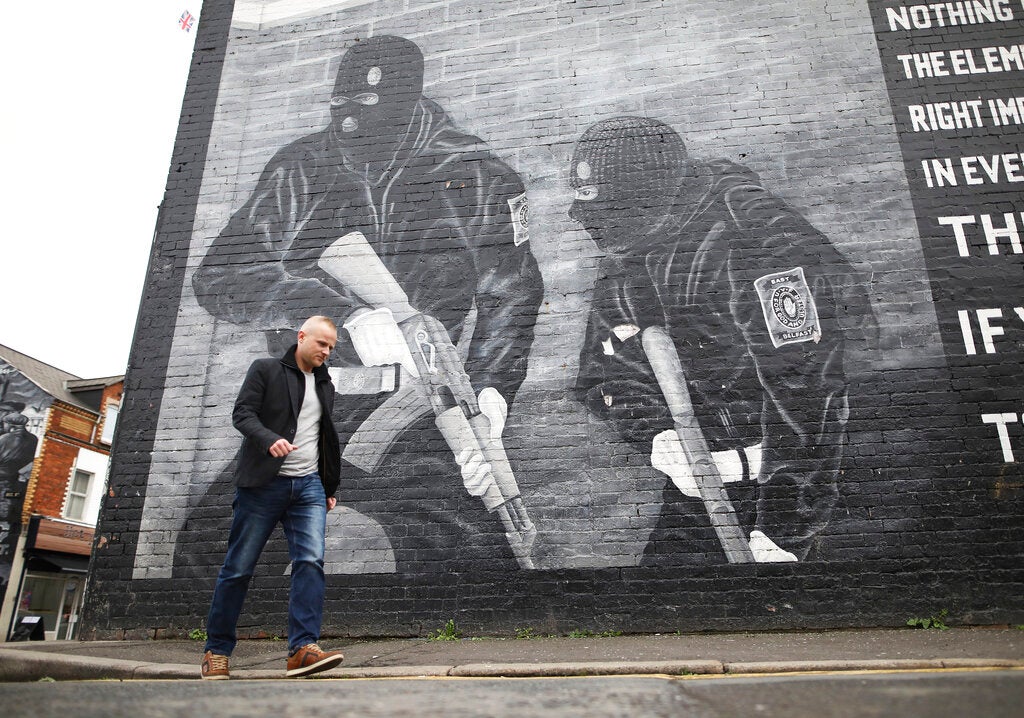 While the 1998 Good Friday Agreement brought an era of relative peace and prosperity to the U.K. region, paramilitary groups still exist and lower levels of violence continue to plague the community, says the 70-year-old grandmother who lost a brother in the 1972 Bloody Sunday massacre.

Brexit may cause the smoldering conflict to flare up once again, she fears, especially if there are renewed customs and passport controls along the now-invisible border between EU member Ireland and the U.K.’s Northern Ireland after Britain leaves the European Union.

“If they’re going to man the border … that’s really something that will start violence again,” she said. “They’ll be targets, you know, for the IRA or whoever.”

Fears about a return to the violence that killed more than 3,500 people over three decades have made Northern Ireland the biggest hurdle for U.K. and EU officials who are trying to hammer out a Brexit divorce deal. Besides securing the Irish border from fraud and smuggling, they must tiptoe around anything that will inflame the tensions between those who want Northern Ireland to remain part of the U.K. and those who want it to be reunited with the Republic of Ireland.

“Brexit has been the greatest existential threat to the peace process in 25 years,” said Eamon Phoenix, a historian at Queen’s University Belfast. “The island of Ireland has enjoyed really unbroken peace for 25 years after violence in which 3,500 people died … and suddenly in the last three years, we have the risk to all that.”

The EU underpinned the Good Friday peace deal, negotiated with the help of the U.S., because both Britain and Ireland were members of the bloc. That meant people and goods could flow freely across the frontier and allowed authorities to tear down the hated border posts that were once a flashpoint for violence.

Over the past 20 years, the Irish land border has vanished, marked only by changing speed limits and signs targeted by vandals who obscure the word “Northern” with spray paint.

Yet after Brexit — which U.K. Prime Minister Boris Johnson wants to happen on Oct. 31 — the Irish land border will become an external EU border. Negotiators are struggling to find a way to regulate trade without rebuilding checkpoints and destroying the cross-border links that have spurred economic growth on both sides.

The conflict was born almost a century ago when the Republic of Ireland, dominated by Catholics, won its independence but Northern Ireland, which had a Protestant majority, remained part of the U.K. In the 1960s, divisions over whether Northern Ireland should be part of Britain or Ireland flared into what became known as The Troubles.

The Good Friday peace deal, which includes a power-sharing unity government in Northern Ireland, let people identify as British or Irish or both regardless of where they lived, Phoenix said, allowing them to cooperate and put aside long-held political aspirations.

But Brexit, driven by English voters, has hardened those divisions. While 52% of U.K. voters backed leaving the EU in the 2016 referendum, a majority in Northern Ireland — 56% — voted to remain in the bloc. Phoenix says the Brexit vote unleashed a political Pandora’s box.

“Suddenly those aspirations have been sort of prioritized,” Phoenix said. “And that is a factor that is leading to instability.”

On West Belfast’s Shankill Road, the Union flag bunting crisscrosses the working-class neighborhood. Murals celebrate loyalist paramilitary fighters, with one proclaiming “We seek nothing but the elementary right implanted in every man: The right if you are attacked to defend yourself.”

People here are worried that Johnson will sacrifice their interests in hopes of securing a Brexit deal and say anything that treats Northern Ireland differently than the rest of the U.K. is unacceptable.

“There would be an organic explosion of anger and people would take to the streets. And obviously any sensible person would be urging people … to do so peacefully,” said Jamie Bryson, editor of the Unionist Voice. “But we all have to live in the real world and know that once mass amounts of people take to the streets, and once something happens and that genie gets out of the bottle, it’s going to be difficult to put it back in.”

Others think the genie has already escaped.

Jack Duffin leans on a walking stick as he leads guided tours through the still battle-scarred neighborhoods of Belfast, the capital of Northern Ireland. A former member of the Irish Republican Army, Duffin still wants to reunite the island of Ireland and thinks Brexit may help achieve that goal.

“We have been trying to put the border to the forefront of the international community for years,” Duffin said. “Brexit has done that for us.”

Some didn’t need Brexit to be reminded of these long-standing issues. In her lap, Kate Nash cradled a picture of her late brother Willy, a tall, lanky 19-year-old leaning against a wall, guitar in his lap.

“He used to strum,” his sister says, thinking of 1972, when Willy played a Marty Robbins album nightly.

“You know ‘Out in the West Texas town of El Paso,” she said, breaking into a tune.

Her brother, a dock worker, went to a demonstration near his home in Londonderry on Jan. 30, 1972, because it was a local happening — not because he was involved with the IRA. Thousands had gathered to protest internment, but things went badly wrong. British soldiers shot 28 unarmed civilians, killing 13.

William Nash was shot dead in the chest near a barricade. His father saw him and went to help, only to end up being shot himself. The father lived, but his wife never forgave him for their son’s death.

Kate Nash received some solace in the official inquiry that found the British soldiers had opened fire without justification at unarmed civilians and then lied about it for decades.

“The pain of it never really goes away,” she said. “You know only the injustice of it.”