TORONTO – Barack Obama is urging Canadians to re-elect Prime Minster Justin Trudeau, an apparently unprecedented endorsement of a candidate in a Canadian election by a former American president. 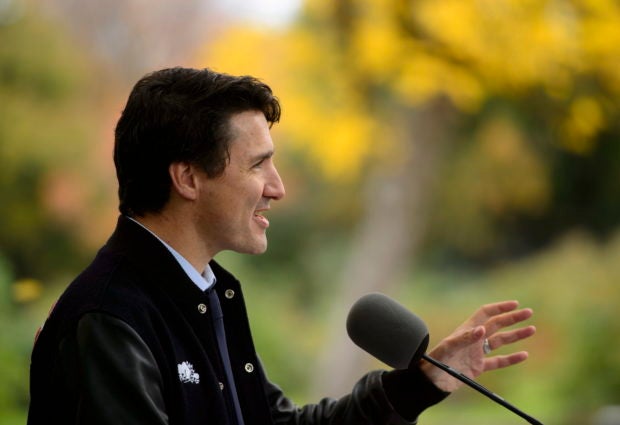 Obama tweeted Wednesday that he was proud to work with Trudeau and described him as a hard-working, effective leader who takes on big issues like climate change.

“The world needs his progressive leadership now, and I hope our neighbors to the north support him for another term,” Obama wrote.

Trudeau later responded with his own tweet: “Thanks my friend, we’re working hard to keep our progress going.”

Trudeau is in a tough re-election fight ahead of Monday’s parliamentary elections.

Robert Bothwell, a professor of Canadian history and international relations at the University of Toronto, said that might have something to do with Obama’s intervention.

“Trudeau is in real danger,” Bothwell said. “If I were a Liberal (Party) campaigner I would quietly point with pride to Obama’s endorsement. I don’t know if I’d run around toting it as a major political issue.”

Bothwell said you would have to go back more than 100 years to find an American president intervening in a Canadian federal election.

He said former U.S. President Theodore Roosevelt, who was president from 1901 to 1909, visited Toronto in 1917 when Canada was having an election about conscription and spoke in favor of it. But Bothwell said he didn’t know how explicit he was.

Nelson Wiseman, a political science professor at the University of Toronto, called Obama’s endorsement rare and said it possibly has not happened before but he doesn’t think it will move the polls.

“In fact, some people may feel this is an unwarranted foreign intrusion in Canada’s election,” Wiseman said.

Trudeau formed a close relationship with Obama when he was president and the two were pictured having dinner in Ottawa earlier this year. /gsg