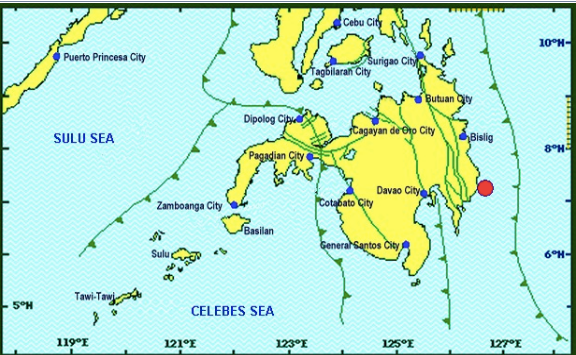 The earthquake struck 17 kilometers of Manay at 4:53 a.m.

The tremor was of tectonic origin, and had a 108-kilometer depth of focus.

Phivolcs said that the quake was also felt in other areas at various intensities:

No further damage was expected. However, residents in the area may expect aftershocks, Phivolcs added.

The powerful and shallow earthquake left at least one person dead, injuring more than two dozen in collapsed houses and prompting thousands to scramble out of homes, shopping malls and a hospital in panic.

Girl dies after being pinned down by wall in N. Cotabato quake