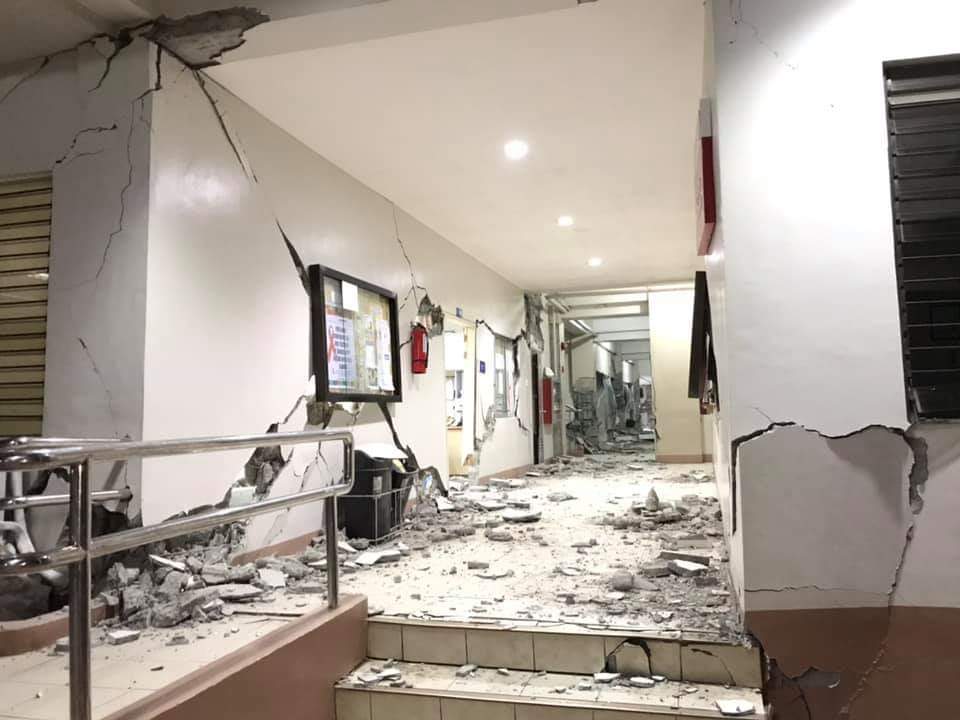 MANILA, Philippines — A magnitude 6.3 quake shook a large swath of Mindanao Wednesday night,  damaging a small college building in one city and prompting residents to dash out of homes and shopping malls in panic, officials said.

In Digos City, television sets fall down and the wall of the Cor Jesu College building, outside of which motorcycles were parked, crashed.

Leslie Francisco, a local disaster-response officer, said a small school building in the downtown area of Digos City sustained extensive damage but there was no report of anybody being trapped inside.

In Davao City, the inland quake sent people rushing out of malls. 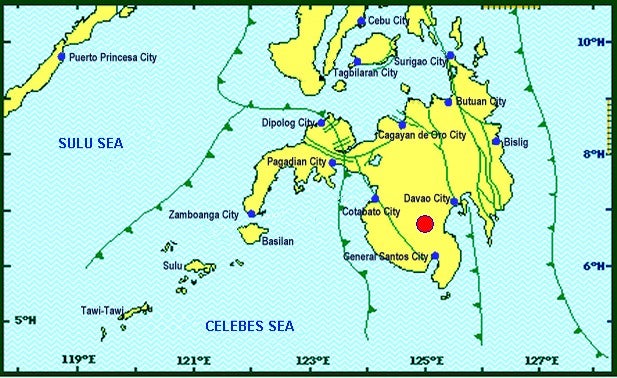 On Ilustre Street, durian vendors Tito Aniscal, 33, and Jennifer Deo, 49, said the swinging of the electric post above them and the swaying of their fruit cart prompted them to seek shelter in a nearby building even as more people filled the streets.

Local officials have called off classes in  the cities of Davao, Cotabato and Cotabato province to allow engineers to check the integrity of building structures.

The Philippine Institute of Volcanology and Seismology (Phivolcs) recorded the quake at 7:37 p.m. at a shallow depth of two kilometers. Shallow quakes tend to cause more damage than deeper ones.

The US Geological Survey placed the magnitude of the quake at 6.4.

The following instrumental intensities were reported:

The Philippines, one of the world’s most disaster-prone countries, has frequent earthquakes and volcanic activity because it lies on the Pacific “Ring of Fire,” a seismically active arc of volcanos and fault lines in the Pacific Basin.

A magnitude 7.7 quake killed nearly 2,000 people in the northern Philippines in 1990. With reports from Associated Press 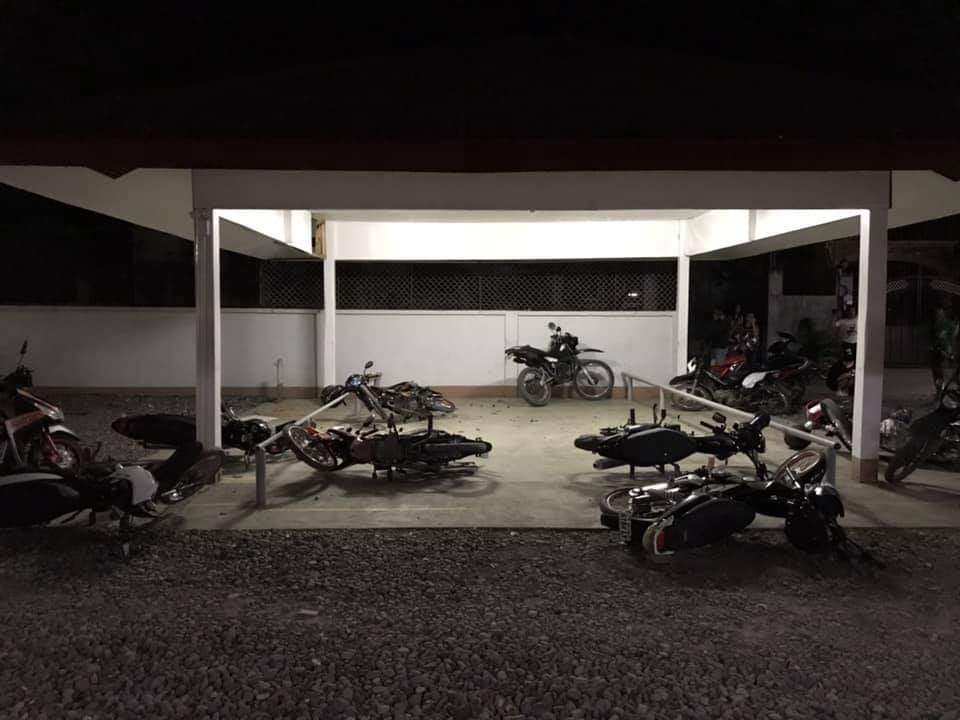 Motorcycles are toppled by the strong quake. (Sam Joel Nang)