Bukidnon teacher shot in front of pupils inside classroom 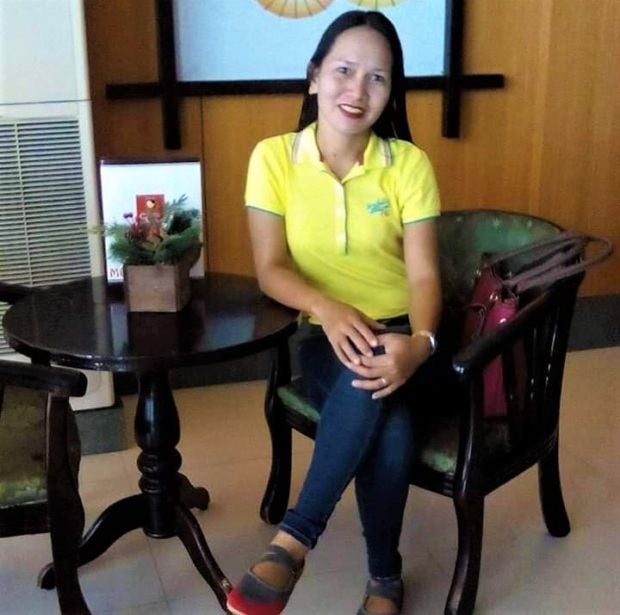 CAGAYAN DE ORO CITY –– A public school teacher was shot inside the campus of an elementary school in Valencia City on Tuesday, police said.

Lt. Col. Surki Sereñas, Valencia City police chief, said Cabañelez was in her classroom about to start her class when shot by the gunmen around 8 a.m.

Aside from Cabañelez, her husband Ramil, 34, and seven pupils were inside the classroom at the time of the shooting, he said.

Dalit Elementary School is a small learning facility about 20 kilometers from Valencia city proper. The school can only be accessed by a raft or pump boat from the other side of the Pulangi River.

After the river crossing, one has to walk or ride a horse for 30 minutes to reach the area, reported to be influenced by the New People’s Army (NPA).

Cabañelez has been a multi-grade teacher and a 2017 Outstanding Teacher awardee in her barangay in Sinabuagan while her husband served as teacher-in-charge.

“Both Zhydee and Ramil were inside the classroom when the shooting started. Zhydee was attending to something while Ramil was looking for some files,” the police chief said.

“The attackers introduced themselves as from the ‘bukid’ (mountain),” Sereñas noted.

He said the gunmen approached Cabañelez and asked where her husband was. When they saw him, one of the attackers started shooting at him but he managed to duck and take cover under a table.

After firing at Ramil, the assailant then shot at Cabañelez, hitting her foot twice and her shoulder twice.

When she fell, the suspects exited the classroom.

“They had the opportunity to finish Zhydee off and shoot Ramil, but instead they left,” Sereñas said, adding that the victim was now in stable condition.

He said Dr. Victoria Gazo, the schools division superintendent of Valencia, had requested the Department of Social Welfare and Development to hold a debriefing session for the pupils who witnessed the shooting.

Sereñas said they were verifying reports that Cabañelez’s father Zaldy had been a member of the NPA in North Central Mindanao based in Bukidnon.

He said his office was looking into whether the shooting was related to Cabañelez’s father’s connection./lzb

Read Next
Cleanbodia produces cassava eco-bags to reduce plastic use in Cambodia
EDITORS' PICK
12.2M Filipino families felt ‘poor’ in Q2 of 2022 — SWS survey
ANALYSIS: SBP’s problem is way bigger than its coach
Summit breakthrough – EJ Obiena is the first Filipino to win in the World Athletics Championship
As Duterte stepped down, more Filipinos tighten belts to make ends meet
DepEd seeks P16B addt’l funds for repair of schools damaged by Abra earthquake, typhoons
House energy committee chair Arroyo bats for cheap electricity
MOST READ
Vhong Navarro defended by ex-wife Bianca Lapus amid rape charges order: ‘Standing by this good man’
Giselle Sanchez slammed by Floy Quintos: ‘Art has nothing to do with your choice’
Vice Ganda apologizes for ‘Miss Q and A’ contestant who made inappropriate joke on ‘It’s Showtime’
ANALYSIS: SBP’s problem is way bigger than its coach
Don't miss out on the latest news and information.