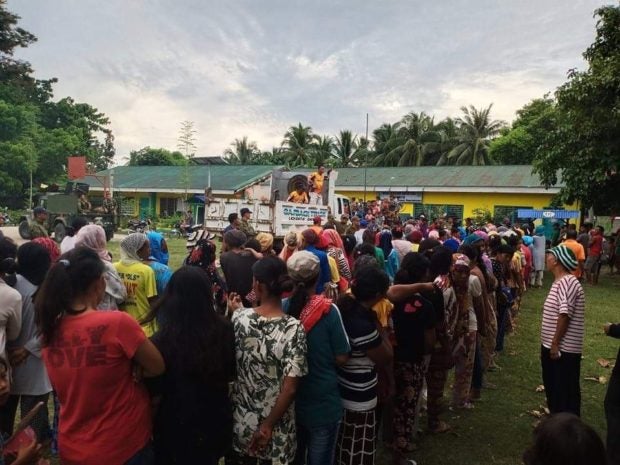 Classes were suspended at the Balogo Elementary School in Barangay Dungguan, Datu Montawal town in Maguindanao after two warring armed groups started shooting at each other over a territorial dispute.

Almost 600 families fled to safer grounds, most of them taking refuge at the Datu Montawal town center.

The military launched artillery fires on Monday afternoon to separate the warring groups.