Students rush out of classrooms after 4.6 quake hit Cotabato 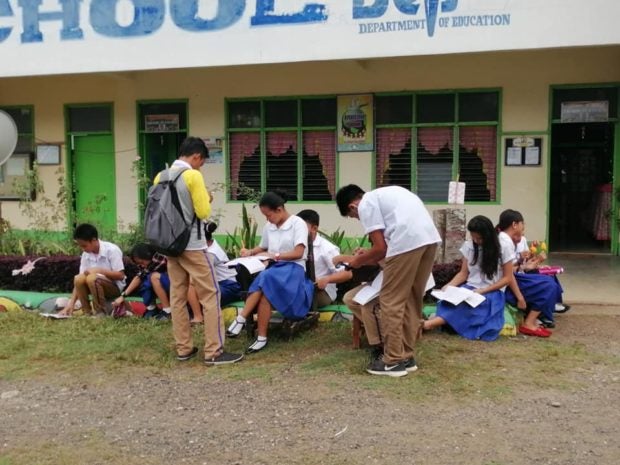 KIDAPAWAN CITY –– High school students in Cotabato province went out of their classrooms when a magnitude 4.6 earthquake struck their areas around 7:55 a.m. on Tuesday.

The Philippine Institute of Volcanology and Seismology (Philvocs) traced the tremor’s epicenter in Tulunan town in Cotabato.

The tremor, which was tectonic in origin, had a depth of 12 kilometers from the surface.

The quake was recorded at Intensity II in Kidapawan City, and at Instrumental Intensity I in Tupi town in South Cotabato.

Although there was no reported damage, aftershocks were to be expected, according to the Philvocs advisory.

Hundreds of high school students at the Kidapawan City National High School-Lanao Extension here rushed to the open ground after they felt the earth shaking while they were having classes.

City Schools Division Superintendent Romelito Flores said students were quick to run to the open field for safety upon feeling the tremor.

Flores said a series of earthquake drills helped enhance the students’ awareness of how to respond to earthquakes.

In nearby Mlang town, students of Nueva Vida National High School also rushed out of their classrooms when they felt the quake.

Mlang Mayor Russel Abonado ordered school administrators to always ensure the safety of students by not allowing them to get inside the school buildings earlier declared unsafe for use.

Several old buildings at this Mlang school had been declared unsafe because of the cracks on its walls, after the tremor that hit the town of Makilala in July this year.

Still afraid to go back to the classrooms, teachers held classes in an open field./lzb