Robredo answers netizen on her ‘private’ trip to Australia 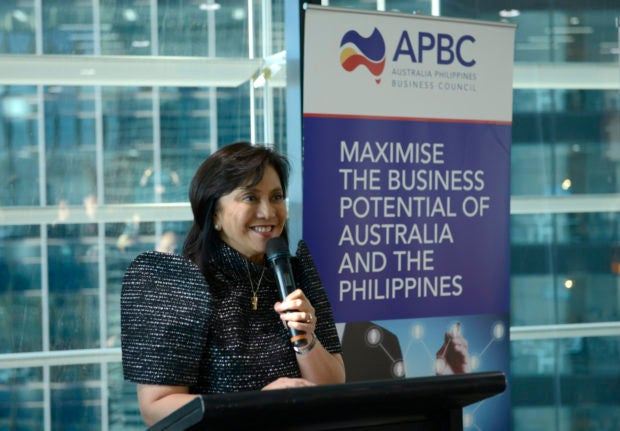 MANILA, Philippines – Vice President Leni Robredo has answered questions from a critic who earlier posted on Facebook an inquiry asking whether the Vice President had used government fund in her latest trip to Sydney, Australia.

Robredo has classified her visit as private saying the expenses were not charged to the government and she also got an authorization from Malacañang for her to leave the country.

The Vice President’s assertions came after a certain Benjie Daisy Contreras on Facebook asked whether the government funded her travel, or whether she had brought home pledges and investments from her talk at the Australia Philippines Business Council (APBC).

“(I) am attaching my Authority to Travel issued by the Office of the President which clearly indicates that the trip was private in nature and at no cost to the government,” she said in a Facebook post on Sunday evening. “Maybe they should look up whether I have ever charged foreign trips to the government.”

In Robredo’s post, she showed a letter from the Office of the President, signed by Senior Deputy Executive Secretary Michael Ong, which says she is authorized to travel “at no cost to the government.”

Contreras posted the questions on Saturday, after Robredo returned from her Australia trip.  She left the country on Tuesday.

“Did she get any pledges or investments from the APBC so she can help the Philippine economy?  Is her travel, personal or official? Did she spend private or public fund on her travel?” Contreras asked on his Facebook post.

READ: Robredo to travel to Australia for speaking engagements

For his defense though, Contreras said in a separate Facebook post he was merely asking and not making statements or allegations on the issue on who spent for Robredo’s travel.

But aside from that, he also accused the opposition leader of saying that she was a guest speaker in the guise of attending a wedding in Australia.

“She said she was a guest speaker at the Australia Philippines Business Council but the truth is that Leni Robredo was just there to be a sponsor at a wedding in Sydney, Australia,” Contreras said.

Robredo acknowledged that she attended a wedding of two Filipinos on October 11, but stressed that her visit was upon the invite of APBC.  She also mentioned that several companies are studying whether they should expand operations in the country.

“It is true that the Main Purpose of my visit was my Keynote Address before the Australia Philippines Business Council. It was an invitation from many months ago,” she said.  “In fact, APBC President Ed Alcordo, personally visited me at the office to relay the invitation.”