Robredo to travel to Australia for speaking engagements | Inquirer News

Robredo to travel to Australia for speaking engagements 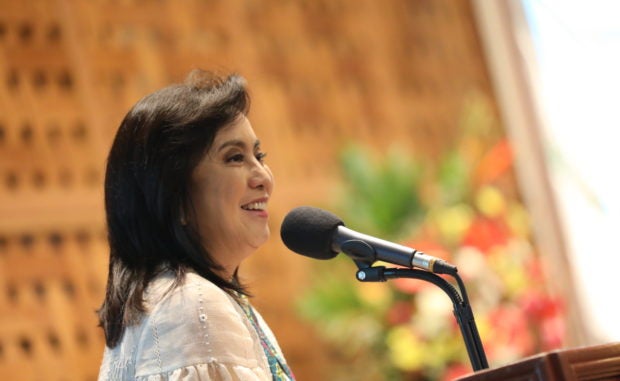 MANILA, Philippines – Vice President Leni Robredo is set to travel to Sydney, Australia on Tuesday for a speaking engagement and to meet the Filipino community in the southern country.

According to Robredo’s spokesperson, Atty. Barry Gutierrez, Robredo was invited by the Australia-Philippines Business Council to talk about the role of women in business.

“She is leaving for Australia this evening, she will be back on Saturday.  She will be meeting with several Filipino communities while she is there, the highlight of the trip will be a speech before ‘yong [the] Australia-Philippines Business Council,” Gutierrez said after a briefing at the Office of the Vice President (OVP).

Robredo was initially slated to answer questions about the Supreme Court’s (SC) decision to defer the issuance of a decision on the poll protest against her.  However, she had to leave earlier than expected because of the heavy traffic flow surrounding the airport.

SC, sitting as the Presidential Electoral Tribunal, was supposed to release Tuesday its results on the protest filed by former senator Bongbong Marcos, Robredo’s opponent in the last 2016 Presidential Elections.  However, SC deferred it again for a week, this time set on October 15.

Gutierrez also clarified that the trip was not charged to the government, as it is not an official function of the Vice President.

“Also, to be clear, the trip is not going to cost the taxpayers anything, it was not charged to the office,” he said. /jpv