Thousand gongs ring out during Gong Fest in Baguio 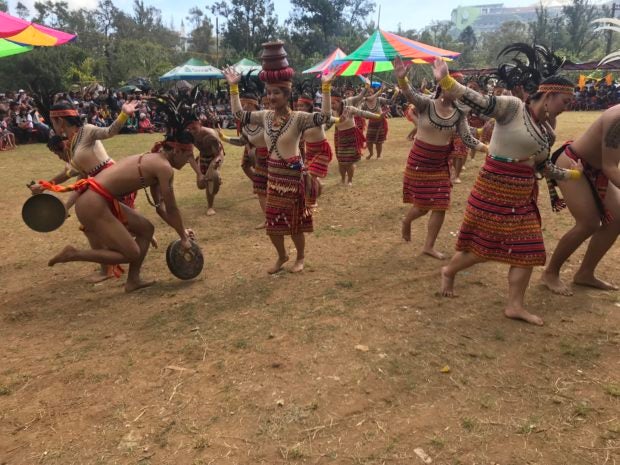 UPBEAT. School children, teens and university students danced to the beat of gongs during this year’s staging of the Gong Festival in Baguio City on Sunday (Oct. 13).  INQUIRER PHOTO / Vincent Cabreza

BAGUIO CITY — About a thousand gongs rang out as early as 7 a.m. on Sunday when 40 cultural groups from as far as Apayao province joined this year’s staging of the Gong Festival.

Gongs are traditionally ritual instruments which are performed for weddings, births or other events that gather the ili (community or village).

But when it was first staged in 2012 by filmmaker Jo Banasan-Kapunan and her crew of performers, they saw the gongs as the anchor for Cordillera cultural knowledge and wisdom which need to be embraced and practiced by millennial uplanders.

Like the first version, this year’s Festival started with gong performers leading dancers down the sidewalks of Session Road.

They proceeded to the Ibaloy Gardens at Burnham Park where schoolchildren, teens, and university students exhibited their skills in upland dances like Kalinga’s Eagle dance and Benguet’s Binnegbegan.

A women’s group from Benguet played the gongs themselves. Traditionally, handling gongs have been a male task, “but not among Ibaloys,” said Kapunan. “We have women performing gongs now in Kalinga also,” she said. /je 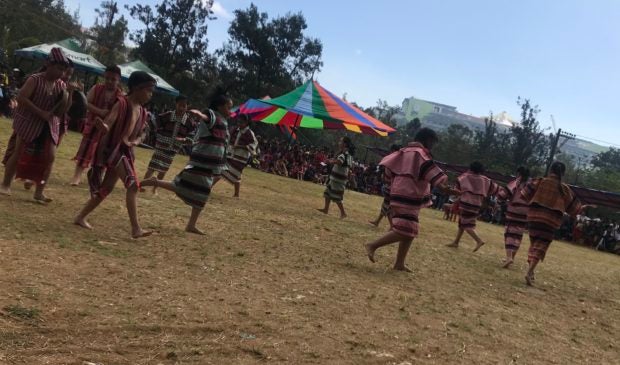 The event was designed to pass down indigenous practices and traditions to the Young Cordillera generation. INQUIRER PHOTO / Vincent Cabreza