Trump says he’s an ‘island of one’ on Syria 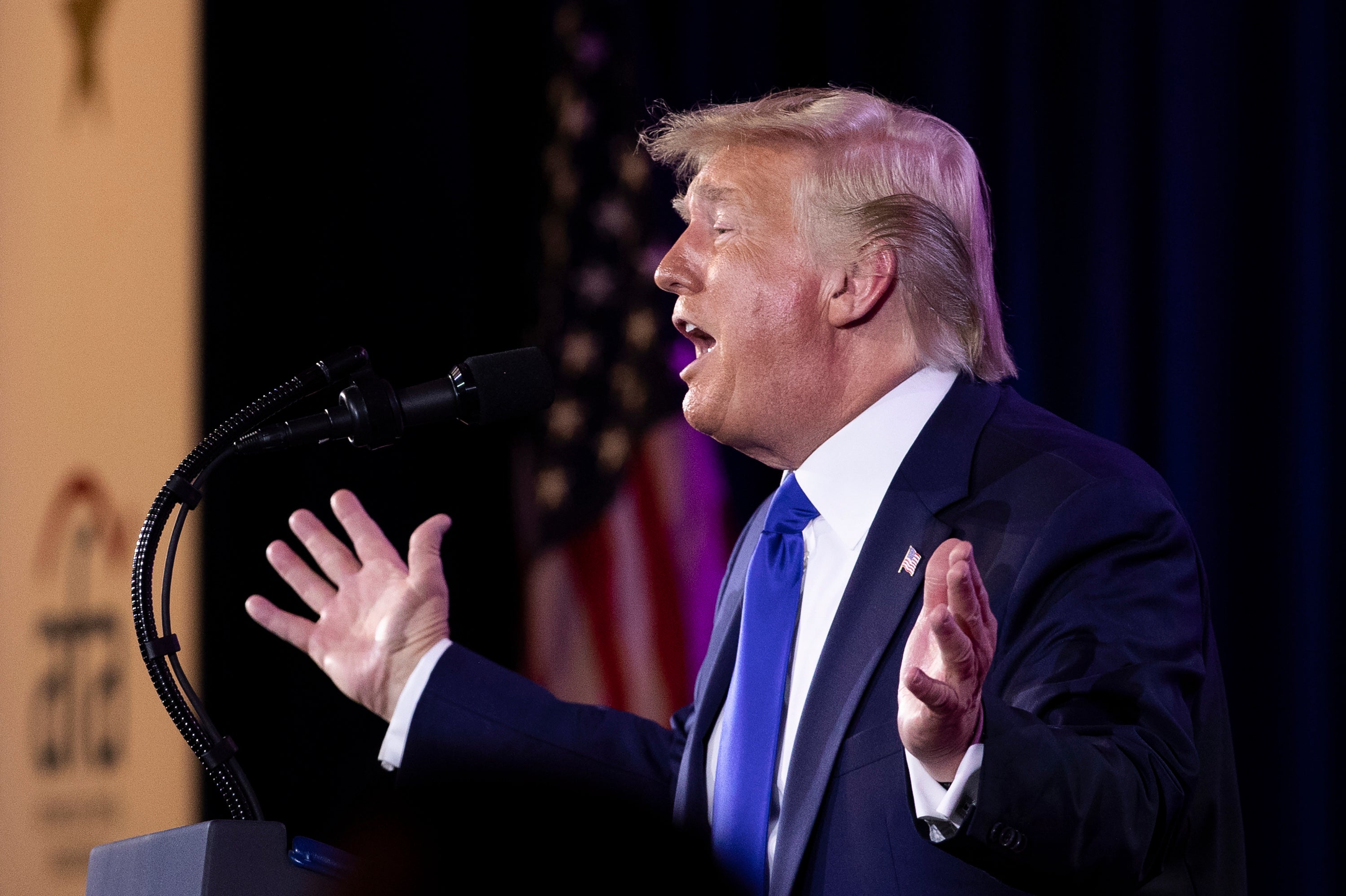 WASHINGTON — President Donald Trump said Saturday that he is an “island of one” for removing U.S. forces from northeastern Syria.

But he remained steadfast and defended a move that drew widespread bipartisan criticism that he has endangered stability in the Middle East and risked the lives of Syrian Kurdish allies who helped the U.S. bring down the Islamic State group in Syria.

Turkey, however, regards those Kurdish fighters as a terrorist threat and has launched a military operation against them.

He portrayed the Middle East as a hopeless cause, despite years of American military involvement and financial investment.

“It’s less safe now. It’s less secure, less stable and they fight,” he said. “That’s what they do. They fight.”

Trump announced that he had directed $50 million in emergency aid for Syria to support Christians and other religious minorities there.

Before the speech, Trump was joined on stage by Andrew Brunson, an American pastor who was released by Turkey in October 2018 after nearly two years of confinement. The case had roiled relations with Turkey and prompted an outcry from U.S. evangelical groups.

Brunson led Saturday’s audience in a prayer for the president.