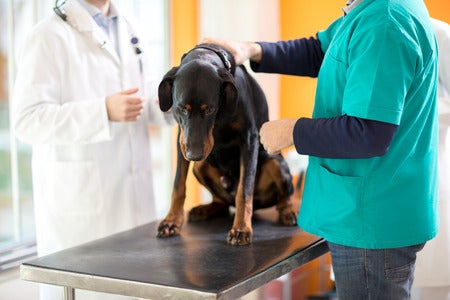 A Chinese father tried to kill his daughter’s puppy because of the sick animal’s mounting medical bills last Tuesday, Oct. 2.

The father bought the dog for his child (names withheld in the report) at a cheap price, but the dog happened to have health problems, as per China Press via AsiaOne on Tuesday, Oct. 8.

After purchase of the animal, it was booked into an animal hospital because it was suffering from a heart disease.

Prior to the beating, the dog received treatment for the said disease for four days, which had cost the man 500 to 600 yuan (around P3,600 to P4,300). Seeing that the animal was in critical condition, the veterinarian agreed to waive the medical fees if the treatments failed to keep it alive.

After initial treatment, the dog’s condition improved slightly, as per report. However, additional treatment would amount to 300 yuan (about P2,100).

The man refused to pay the said fee, and insisted on taking the dog from the hospital. He was told that he had to pay the dog’s outstanding medical fees before removing the animal from the facility. Upon hearing this, the man flew into a rage.

“If the dog dies, I don’t have to pay right?” he was quoted as saying.

Footage from a security camera showed the father grabbing the dog from the veterinarian and throwing it onto the floor. He then began repeatedly kicking the dog. His daughter was evidently against her father’s actions as she hit him and pushed him away.

The dog survived the assault, as per HK01 via AsiaOne on Tuesday, Oct. 8, and is currently in stable condition. Ryan Arcadio/JB