“I am not in favor of the death penalty,”  lawyer Jay Borromeo, a legal officer of the Quezon City Police District (QCPD) said at the National Congress Against Death Penalty forum in Pasig City. 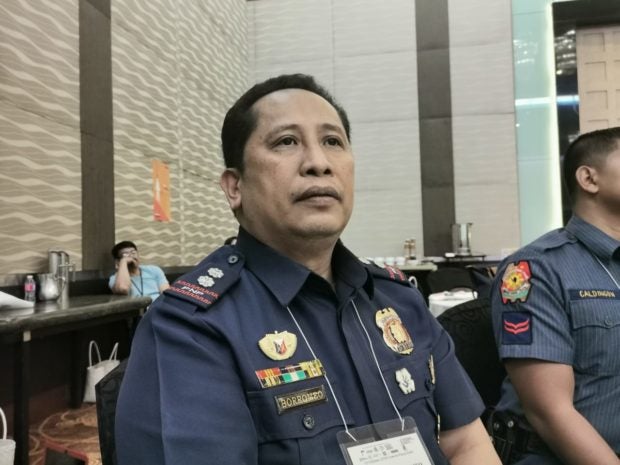 NO TO DEATH PENALTY – Quezon City Police District legal officer Atty. Jay Borromeo expresses his views against the reimposition of the death penalty at the National Congress Against Death Penalty forum in Pasig City on Thursday, Oct. 10, 2019. He said the right to life is essential to human rights. Katrina Hallare/INQUIRER.net

“I am a Christian, and if you read the Bible, there are so many injustices that have been committed. Our Lord Jesus Christ, the Christians during the imposition, this should not happen again, we should not repeat this again,” he said.

“The right to life is essential to human rights, that’s why we lawyers, the lawyers who are with me today, teach the PNP to respect human rights,” he added.

“As lawyers, we are entitled to think and in giving our opinion on a legal matter,” he told INQUIRER.net. /gsg