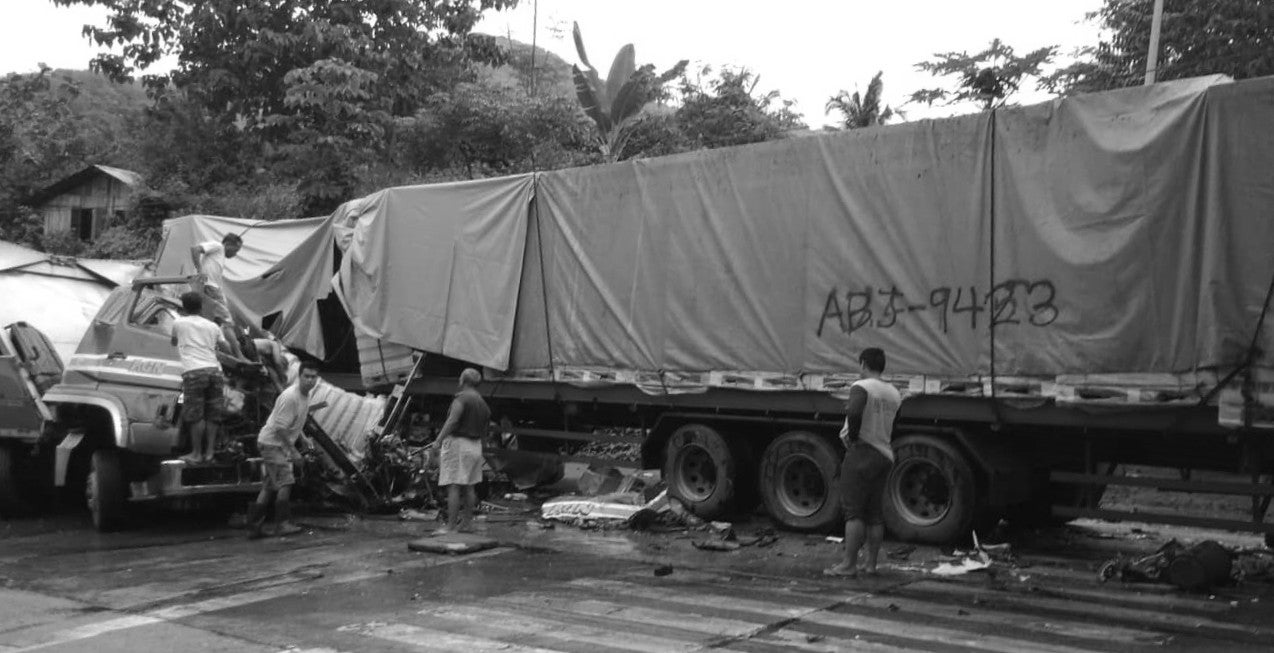 DIADI, Nueva Vizcaya –– A 39-year-old truck driver and his younger brother died after their vehicle collided with a 16-wheeler trailer truck along the highway here on Wednesday morning.

Police Captain Felix Mendoza, Diadi police chief, said Jun Bautista and his brother Rico, 35, were negotiating a curve on the southbound lane of the road in Barangay San Luis when their vehicle was hit by the bigger truck on the opposite lane.

Due to the impact, the elder Bautista was thrown off his vehicle and was run over by the trailer truck, which caused his instant death.

His younger brother died while being taken to a hospital.

Trailer truck driver Joebert Adilla, 35, surrendered to the police and is facing charges of double homicide and damage to property./lzb