Trump suggests he has phone calls with North Korea leader 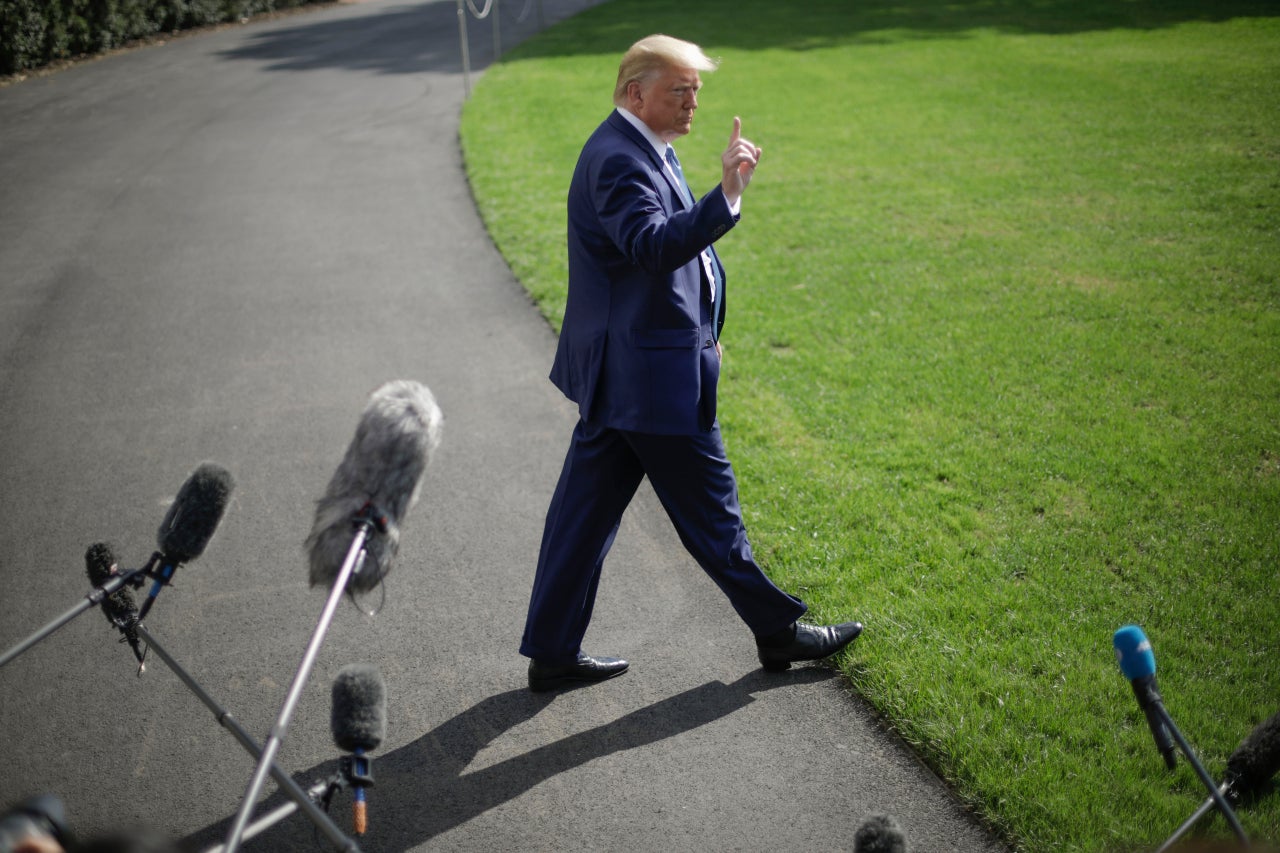 SEOUL — US President Donald Trump suggested Wednesday that he speaks to North Korean leader Kim Jong-un by phone, in addition to their established form of communication — letters.

Trump mentioned Kim as he defended his controversial phone call with Ukrainian President Volodymyr Zelensky, which has served as the basis for an impeachment inquiry against the US president.

He said the phone call in July was “perfect” and went on to raise suspicions that a “spy” had leaked the contents of the conversation to the whistleblower involved.

“And I don’t want to have spies,” he told reporters during an event at the White House where he signed two executive orders.

“When I’m negotiating with China and Syria, and all of the countries, if you look at Turkey with (President Recep Tayyip) Erdogan, I have calls with all these people. And Kim Jong-un,” Trump added. “I don’t want to have spies in the White House. I want to be free to make calls.”

The US president has boasted of “beautiful” letters sent to him by Kim, but has never specifically mentioned any other form of communication between them.

Since June 2018, they have had three meetings, becoming the first sitting leaders of the two countries to meet face to face.

Their summits have produced an agreement to work toward denuclearization in exchange for US security guarantees, but the two sides have struggled to reach a deal on the details.

Last weekend in Sweden, negotiators from the two sides held working-level talks for the first time since the collapse of Trump and Kim’s second summit in February.

The North Korean delegation walked out of the talks, blaming the US for failing to come up with a new proposal acceptable to Pyongyang.

Trump has made no comment on the breakdown of the weekend discussions. (Yonhap)