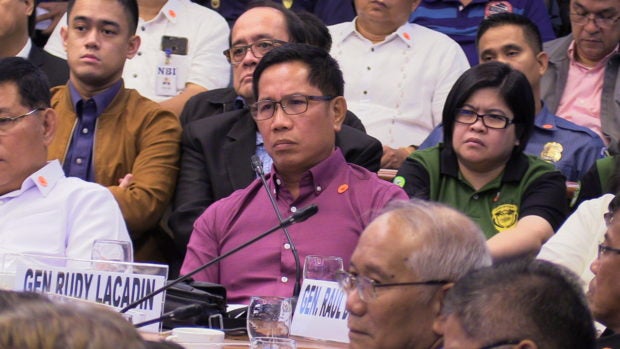 During the hearing, retired Gen. Rudy Lacadin, a former Criminal Investigation and Detection Group (CIDG) deputy director for operations for Region III, revealed that Albayalde called him and told him that he only got a small portion of the gains in a 2013 drug sting.

Thirteen Pampanga policemen allegedly pilfered millions of pesos worth of shabu during an anti-operation in Mexico, Pampanga, in November 2013. Albayalde was the director of the Pampanga Police Provincial Office at the time.

“General Lacadin is not lying. We’ve always had no evidence. Now we have evidence. What Lacadin said is strong evidence,”  Magalong, speaking in Filipino, told reporters in an interview after the Senate hearing.

Magalong also belied Albayalde’s claim that he was being “ganged up” on with all the allegations against him.

“We’re not ganging up on anyone here. We’re just talking about what really happened,” Magalong, who is also former CIDG director himself, said.

Meanwhile, Sen. Richard Gordon, who chairs the Senate justice and human rights committee that conducted the probe, said that Albayalde could face graft charges if Lacadin’s testimony could be proven to be true.

“He benefited from the crime — if he received money and he knew what he is happening. They did things to benefit themselves,” Gordon said in a separate interview.

He added that the committee would already be drafting its report on the ninja cop probe. So there will be no need for Albayalde to be invited in the next Senate hearing.