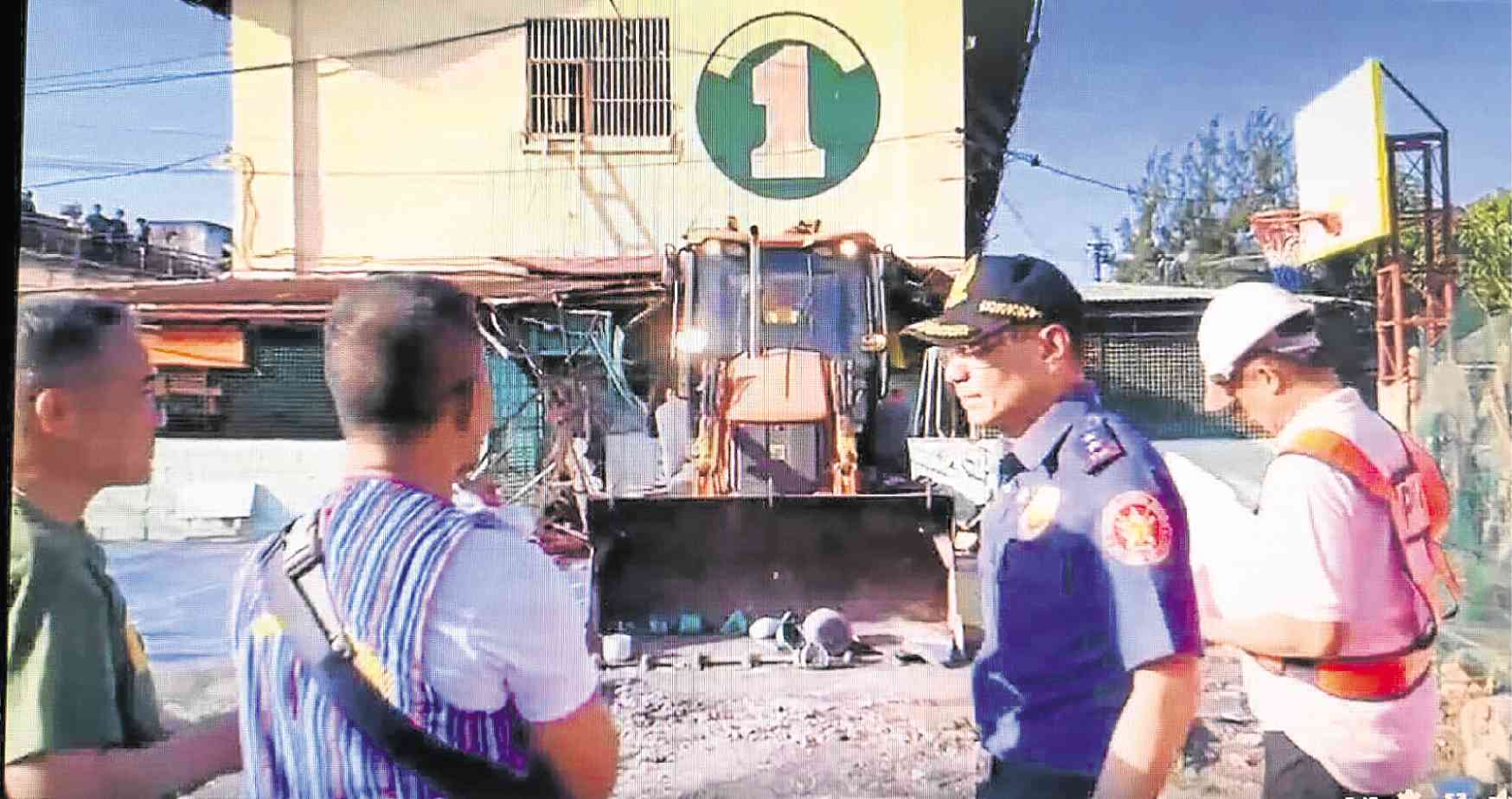 MANILA, Philippines — Dozens of “kubol” (private quarters) that had been illegally built by inmates in connivance with unscrupulous guards were demolished on Wednesday in what Maj. Gen. Guillermo Eleazar, the National Capital Region Police Office (NCRPO) chief, described as the New Bilibid Prison’s (NBP) version of road clearing operations.

Around 1,800 personnel from different agencies, including the Department of Public Works and Highways, descended on the maximum security compound to tear down the illegal structures as part of Bureau of Corrections (BuCor) chief Gerald Bantag’s crackdown on drugs and other contraband.

The clearing operations started around 4 a.m., with a backhoe and several bulldozers flattening the long line of kubol and other illegal structures beside Building 1.

The demolition personnel were escorted by fire trucks from the Bureau of Fire Protection, tanks from the Philippine National Police’s Special Action Force and around 1,000 men from the NCRPO, Armed Forces of the Philippines-Joint Task Force NCR, Philippine Drug Enforcement Agency and Bureau of Jail Management and Penology.

The clearing operations also resulted in the seizure of truckloads of contraband, with Bantag telling reporters that “there were so many, I couldn’t even count them.”

A DPWH engineer said that  tearing down the illegal structures inside the compound, even with heavy equipment, might take three days.

But Bantag was open to letting the interagency team stay until next week should the clearing operations take longer and be expanded to cover the six other prison facilities managed by BuCor.

Bantag said that the affected inmates’ reactions ranged from anger to frustration because their relatives had supposedly funded the construction of kubol.

However, they did not put up any fight, he added, telling reporters: “How will they resist? I have the police and military with me.”

“Let them be angry, I don’t care. They don’t have the right [to build these illegal structures in the first place]. These are just privileges that they abused,” he said. Over 18,000 inmates are in the compound.

For Eleazar, the demolition of kubol would help address the drug problem, not only in Metro Manila, but around the country.

“For so many years, we have been doing too many operations against illegal drugs. But the problem still persists because the ones who control the drug trade are here in Bilibid,” he said.