Lacadin ‘has a lot of explaining to do’ – Albayalde 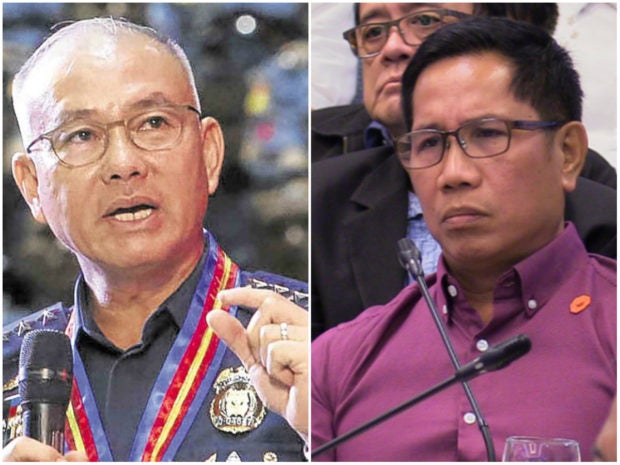 MANILA, Philippines — Retired General Rudy Lacadin “has a lot of explaining to do” after he implicated Philippine National Police (PNP) chief Gen. Oscar Albayalde in the controversial anti-drug operation in Pampanga in 2013.

Albayalde said this in a chance interview with reporters at the Senate, following Wednesday’s hearing of the Senate justice and human rights committee on the “ninja cops” controversy.

“Pa-explain niyo na lang siguro sa kanya (Maybe you should let him explain),” Albayalde responded when asked about what he thought about Lacadin’s allegations that he only got “a little” from the questionable 2013 buy-bust operation in Mexico town.

“I really do not know kung anong motive niya (what his motive is), pero (but)… he has to explain, he has a lot of explaining to do,” he added.

Lacadin was Region 3’s Criminal Investigation and Detection Group (CIDG) deputy director for operations when Albayalde was Pampanga police director. According to him, Albayalde called him to ask about the investigation he was conducting on the drug raid at the time.

“During the time of the investigation I am conducting, he (Albayalde) called me up, actually, and ang usapan (the conversation), ang naalala ko (as I remember) is that, ‘Sir, naimbestigahan niyo raw kami (Sir, I heard you are investigating us),” Lacadin told the Senate panel.

“And sabi niya (And he said), I don’t know if he’s joking, ‘Actually, Sir, kaunti lang naman ang napunta sa akin diyan (Actually, Sir, only a little went to me from that)’,” he further recounted.

But Albayalde said it was “very unlikely” that he would say such things.

Magalong had earlier alleged that Albayalde intervened with the dismissal of his subordinates involved in the 2013 drug sting.

The 13 police officers were charged for allegedly mishandling the evidence confiscated from the 2013 anti-drug operation in Mexico town. /kga