3 women tagged as Reds by police arrested in Cagayan 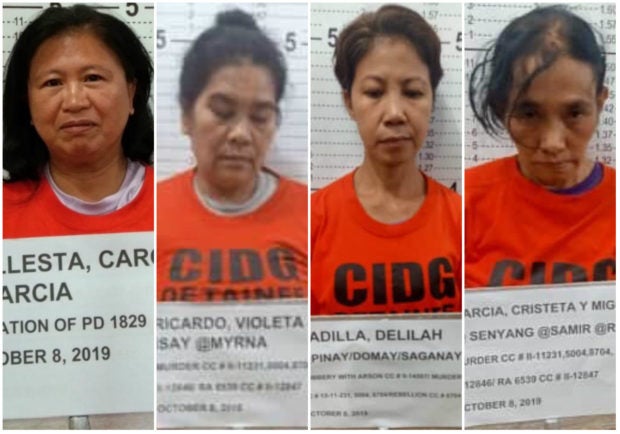 The Philippine National Police Criminal Investigation and Detection Group (CIDG) identified the women as Violeta Ricardo, aka “Isay,” and Cristina Garcia, aka “Senyang.”

Authorities also arrested Delilah Padilla, aka “Delay,” who was allegedly on a most wanted list of members of Communist Party of the Philippines (CPP) and its armed wing, New People’s Army (NPA).

Police and military units served warrants of arrest on Ricardo and Garcia at the village of Barbarit, Gattaran town in Cagayan.

Warrants for arrest were served on Padilla at the village of Leonarda in Tuguegarao City.

A certain Carol Garcia, 50, was also arrested for alleged obstruction of justice because she gave refuge to Padilla.

The arrested women were brought to Camp Adduru in Tuguegarao City./TSB