Vico Sotto: I’m not on ‘witch hunt’ vs previous admin 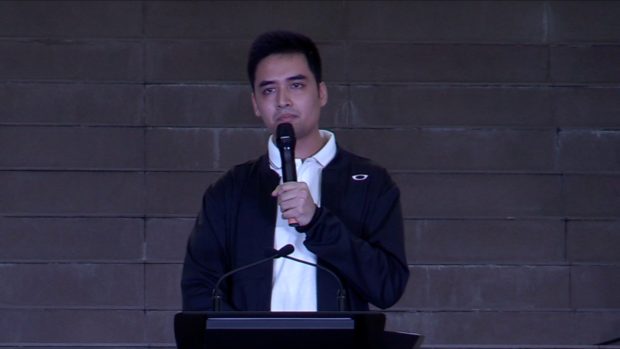 MANILA, Philippines — Pasig City Mayor Vico Sotto on Tuesday said he was only focusing on his current government and was not on a “witch hunt” against those responsible for alleged irregularities committed under the city’s previous administration.

“My goal, my job is to look at what’s here right now, what’s in our government right now,” Sotto told reporters when asked if he was giving importance to holding to account his predecessor, Robert Eusebio, for alleged irregularities.

A civil society group earlier filed graft and other administrative complaints against Eusebio for allegedly using public funds in the election campaign of his wife, Maribel Andaya Eusebio, when she ran as House representative for the 2nd District of Camarines Sur.

In his State of the City Address (SOCA) on Tuesday, Sotto mentioned a 2018 annual audit of the Commission on Audit (COA) showing that “the physical existence and validity of inventories of supplies and materials could not be ascertained to the amount of P1.4 billion.”

The COA also noted that the city government’s expenses on supplies amounted to around P1 billion from January to June 2019, before Sotto assumed office.

Following his speech, Sotto told reporters that those responsible for irregularities should certainly be held accountable but he was not focusing on politicizing issues.

“For me, when I see something wrong, I will fix it. That doesn’t mean that I’m looking for something wrong or that I will put the heat on everyone in the previous administration. There’s nothing like that,” Sotto said.

“I don’t mind political problems. For me, it’s a fact of life, this politics. But I’m not one to focus on that. My attention is focused on governing,” he added.

Sotto delivered his SOCA 100 days after assuming office as the mayor of Pasig, the eighth largest city in the country.

He ended the Eusebio clan’s 27-year rule in Pasig City when he reelectionist Robert “Bobby” Eusebio by over 70,000 votes in the May 2019 midterm elections.