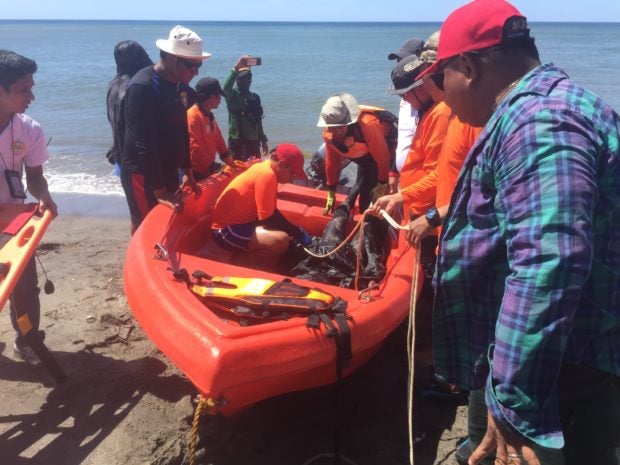 Rescuers retrieve the body of Peter Alfred Ayran, 18, who was found dead after apparently drowning while diving near the Camara Island in Zambales.(Photo by Joanna Rose Aglibot)

SAN ANTONIO, Zambales—Authorities on Monday, Oct. 7,  recovered the body of an 18-year-old fisherman who went missing after diving near a popular tourist site here.

Peter Alfred Ayran, a resident of Nagsabong village in nearby San Marcelino town, was reported missing since Sunday, Oct. 6,  after diving off the Camara Island.

A fellow fishermen found Ayran’s body about 20 meters underwater after a seven-hour search operation that began on Monday morning.

Police said they were alerted about a missing man at 4:30 p.m. on Sunday.

Investigators said Ayran, who apparently drowned, was an experienced diver. 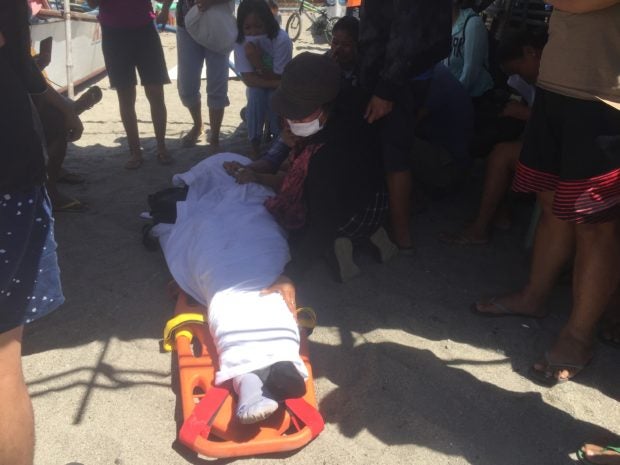 Fisherman Peter Alfred Ayran of San Marcelino, Zambales had been missing since Sunday, Oct 6. His body was found 20 meters underwater after a seven-hour search operation on Monday, Oct. 7. (Photo by Joanna Rose Aglibot)