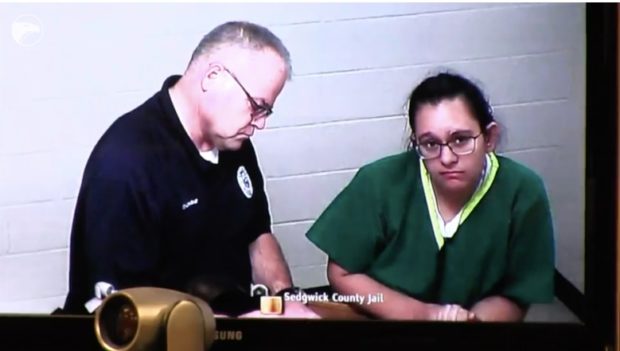 WICHITA, Kansas — A Kansas woman has been sentenced to more than 19 years in prison in the death of her 2-year-old son after he refused to eat a hot dog.

Elizabeth Woolheater of Wichita was sentenced Friday for the May 2018 death of Anthony Bunn.

The Wichita Eagle reports that the 24-year-old Woolheater pleaded guilty in August to second-degree murder and two counts of child abuse. She was sentenced to 19 years and five months.

The boy died two days after he was beaten unconscious. Woolheater said she hit the boy for not eating the hot dog and then heard her boyfriend, Lucas Diel, hitting him more.

Diel, who denied hitting the boy, is serving a 49-year sentence for second-degree murder.