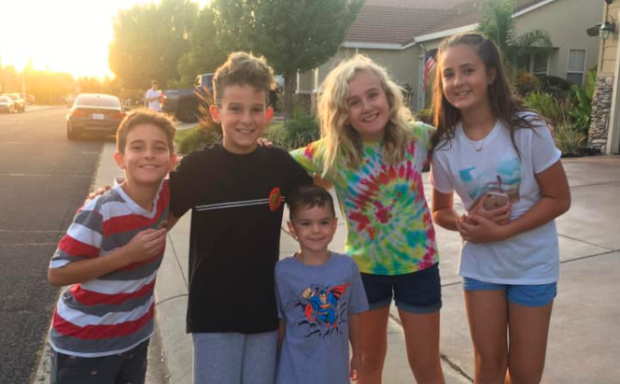 A group of children earned the praise of the Roseville Police Department in California, USA, for finding a missing 97-year-old woman with dementia.

The elderly woman, named Glenneta, was reported missing on Monday afternoon, Sept. 30, as per CBS13 on Oct. 1. As helicopters flew over the neighborhood, a group of kids who were playing decided to help in the search and got on their bikes.

“We were playing at my house and we just wanted to go to the park, and we just saw police officers through the whole school,” one of the kids said in the report. “We thought something bad happened.”

The kids found the unhurt Glenetta hunched over in the bushes near Woodcreeks Oaks Boulevard, as per the report. They then called 911 so she could be reunited with her family.

The Roseville Police Department has since commended the kids on their official Facebook last Oct. 1, calling the group “junior detectives” for locating Glenneta.

“They were the team to locate the missing 97 year old. Our surprised dispatchers took the initial call from this team of junior detectives which helped connect officers to the missing person,” the Roseville Police Department said.

“This is a great example of our exceptional community coming together to lend a helping hand,” the police department added. “This proves a great point, age is just a number and anyone can help out in a time of need.” Cody Cepeda /ra

We'd like to give a little praise to our excellent community. Yesterday we posted a notification about a missing 97…