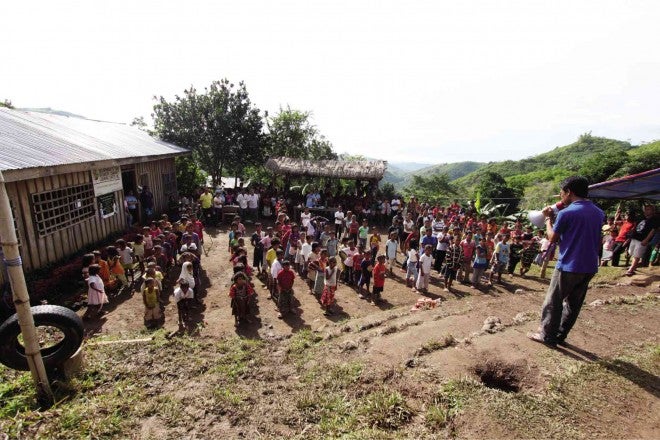 Cullamat, a Manobo tribeswoman from Surigao del Sur, lambasted the presidential daughter’s bid to completely terminate the permit to operate of Salugpungan schools in Davao City.

(Mayor Sara’s statements, which are mere deception and lies against Lumad schools, are an outright travesty to our plight to seek education amid the discrimination, poverty, and militarization we are experiencing in our communities.)

(This is an insult to our resolve to fight the government’s inability to provide appropriate education and basic social services for ourselves.)

Sara announced on Monday that their City Peace and Order Council submitted on March 19 to the Department of Education (DepEd) a resolution requesting that the permit to operate possessed by 11 Salugpungan schools in Davao City be terminated and canceled completely.

The mayor called the alternative schools “yet another ploy to solicit pity and money from the public while advancing their propaganda against the government” and “useless” since it would “never be recognized by DepEd.”

Sara also claimed a former Salugpungan student informed them that the school are “teaching students how to use firearms, apart from them being indoctrinated with anti-government propaganda.”

But Cullamat belied all these and pointed out that the schools’ relation with DepEd had been good in the past years. The congresswoman also said these lumad schools aim to teach IP students modules appropriate to their tradition and culture.

The House member also said these attacks against progressive schools aim to invalidate their right to education so they could easily be victimized by large mining corporations destroying their lands.

In July, the DepEd shut down 55 lumad schools in the Davao region allegedly for teaching “left-leaning ideologies.”

The former students of the schools are now being reintegrated in regular DepEd schools, according to Sara. /jpv