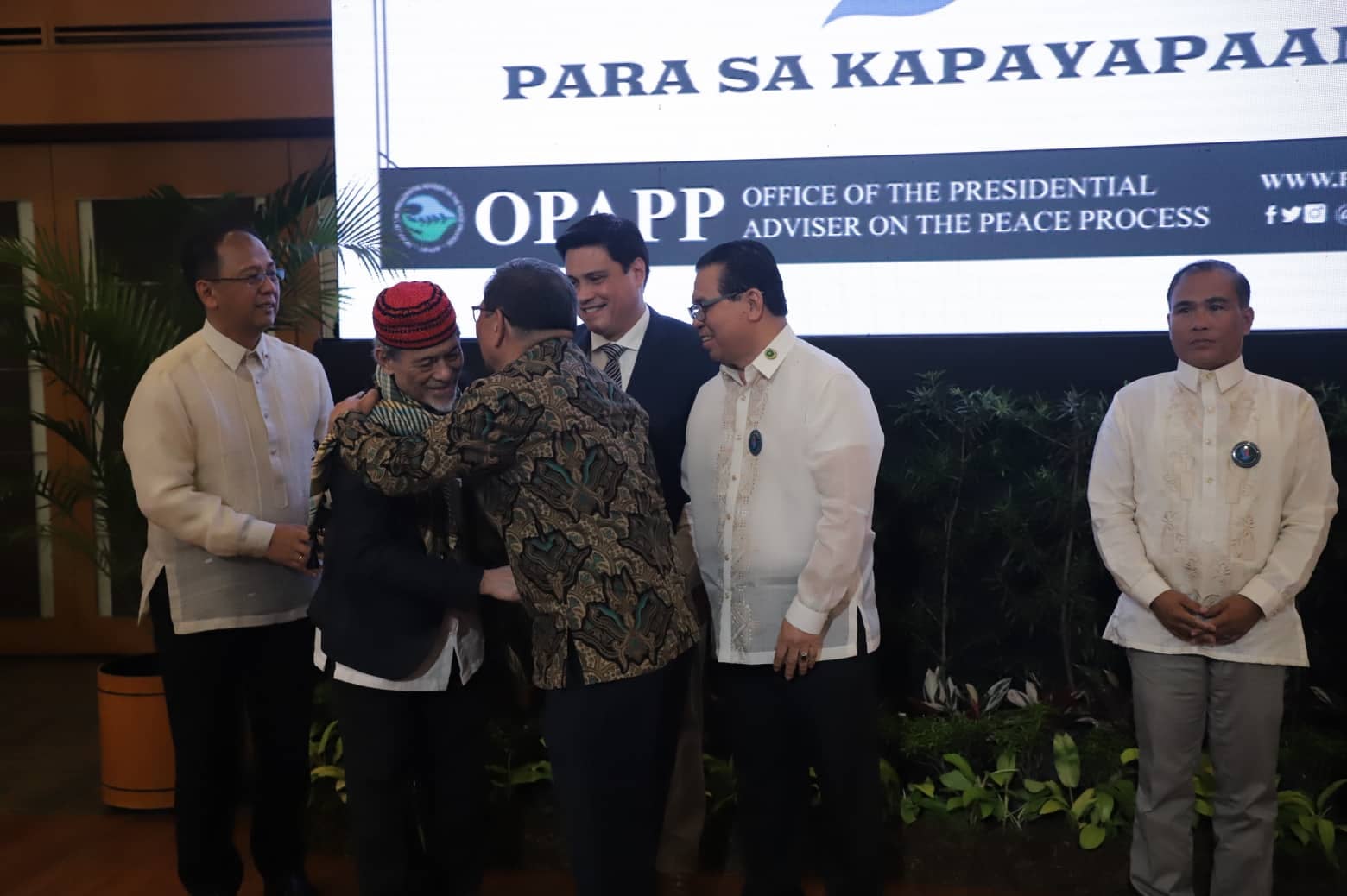 Nur Misuari, Murad Ebrahim and Muslimen Sema greet each other in the presence of Sec. Carlito Galvez and Sen. Miguel Zubiri, Sept. 30, at the PICC. (Photo courtesy of Darwin Wee/OPAPP)

Stalwarts of the Moro struggle had a reunion last night, Sept. 30, during the culmination of the National Peace Consciousness Month and the 26th founding anniversary of the Office of the Presidential Adviser on the Peace Process (OPAPP).

The ceremony was held at the Philippine International Convention Center and was broadcast live on social media.

Among the guests were Moro revolutionary leaders, along with other erstwhile revolutionaries in the Cordillera and Central Visayas who have inked their respective peace agreements with the government.

The reunion was historic as the three personalities of the Moro revolution have not been in one roof together for many years, mainly owing to the diverging path they have taken in their search for the fruition of the goal of self-determination.

The three factions of the Moro cause hold sway among a large swath of the Bangsamoro people.

The Organization of Islamic Cooperation has initiated the creation of the Bangsamoro Coordination Forum as a platform for the three factions to come together behind the Moro cause.

Secretary Carlito Galvez Jr., the presidential adviser on peace, reconciliation, and unity, expressed hope the seemingly coincidental reunion of the three Moro stalwarts would augur well for the long-sought unity for the Bangsamoro cause.