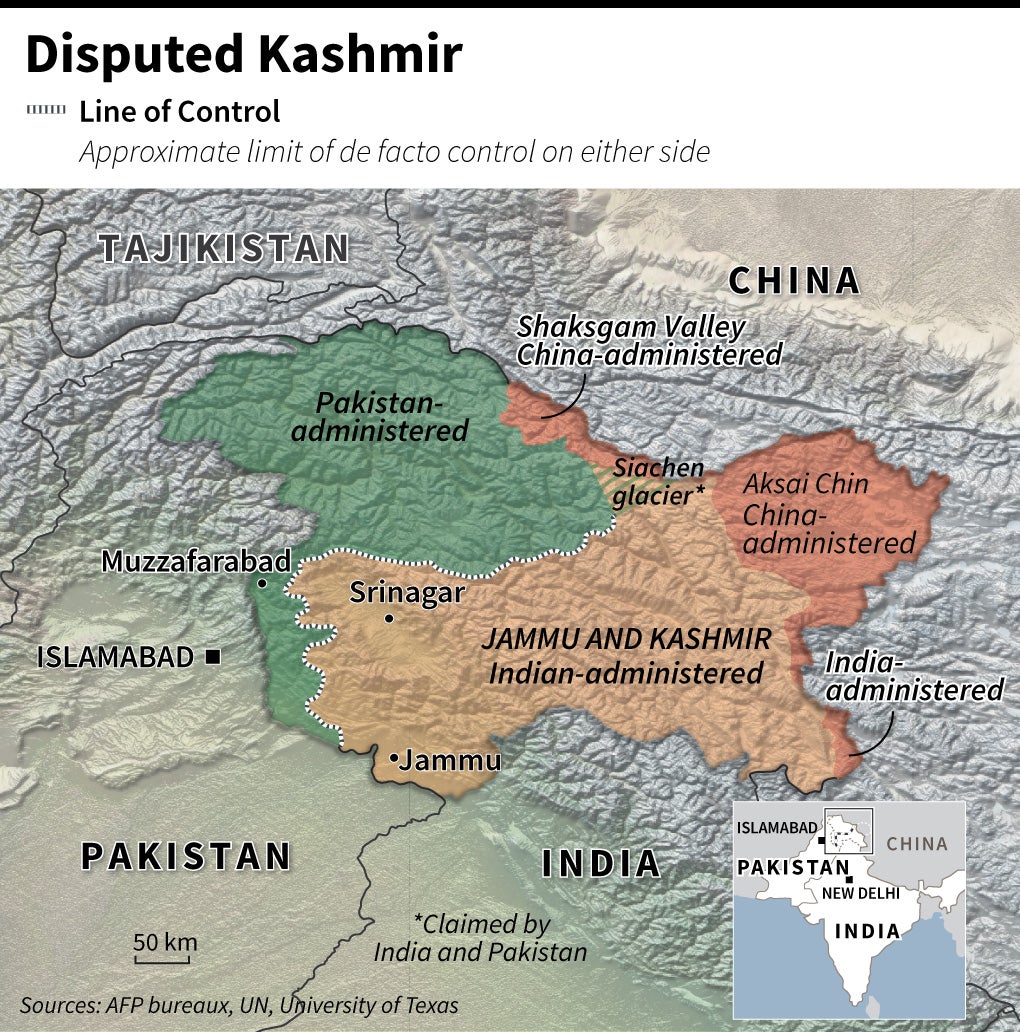 Trump met separately this week with both Indian Prime Minister Narendra Modi and Pakistani Prime Minister Imran Khan, who are both due to address the UN General Assembly on Friday.

While Trump has forged a close bond with Modi, joining the Hindu nationalist at a massive rally on Sunday in Houston where the Indian leader boasted of his actions in Kashmir, a senior official said that the United States had concerns over the clampdown in the region.

“We hope to see rapid action — the lifting of the restrictions and the release of those who have been detained,” Alice Wells, the top State Department official for South Asia, told reporters.

India in August revoked the autonomous status of Jammu and Kashmir, which had been India’s only Muslim-majority state. It detained a wide range of political leaders and restricted communications for ordinary people.

While some measures have been eased, internet and cellular service has remained off for well over a month.

“The United States is concerned by widespread detentions, including those of politicians and business leaders, and the restrictions on the residents of Jammu and Kashmir,” Wells said.

“We look forward to the Indian government’s resumption of political engagement with local leaders and the scheduling of the promised elections at the earliest opportunity,” she said.

Kashmir is divided between India and Pakistan and served as the trigger for two of their full-fledged wars.

“The world would benefit from reduced tensions and increased dialogue between the two countries and, given these factors, the president is willing to mediate if asked by both parties,” she said.

India, however, has long rejected any outside role on Kashmir and quickly shot down the idea after Trump mentioned mediation in a July meeting with Khan.

The Modi government says that its actions will spur economic development in Kashmir and defends the restrictions as temporary means to ensure calm and prevent Pakistan from meddling.

Kashmir inflames passions across South Asia, with right-wing Hindu activists long seeking to rescind its special status within India — and Pakistani politicians saber-rattling over the Himalayan territory for decades.

Khan has used his New York trip to make fiery denunciations of Modi, even likening his ideology to Nazi Germany.

Wells characterized Khan’s comments as unhelpful, saying: “A lowering of rhetoric would be welcome, especially between two nuclear powers.”

She also questioned why Khan was not also speaking out about China, which has detained an estimated one million Uighurs and other Turkic-speaking Muslims.

“I would like to see the same level of concern expressed also about Muslims who have been detained in western China, literally in concentration-like conditions,” she said.

China is a major diplomatic and economic partner of Pakistan. Khan, asked about the Uighurs at a think tank on Monday, declined comment, saying that Pakistan had a “special relationship” with China and would only raise issues in private.

The United States has sought to use the annual United Nations summit to build up international pressure on China over its treatment of the Uighurs.

Rights groups and witnesses say that China has been trying to forcibly stop Islamic traditions and integrate Uighurs into the majority Han population. China says it is providing vocational training and discouraging extremism. /muf