NFA sets aside P700M to buy palay in Bicol 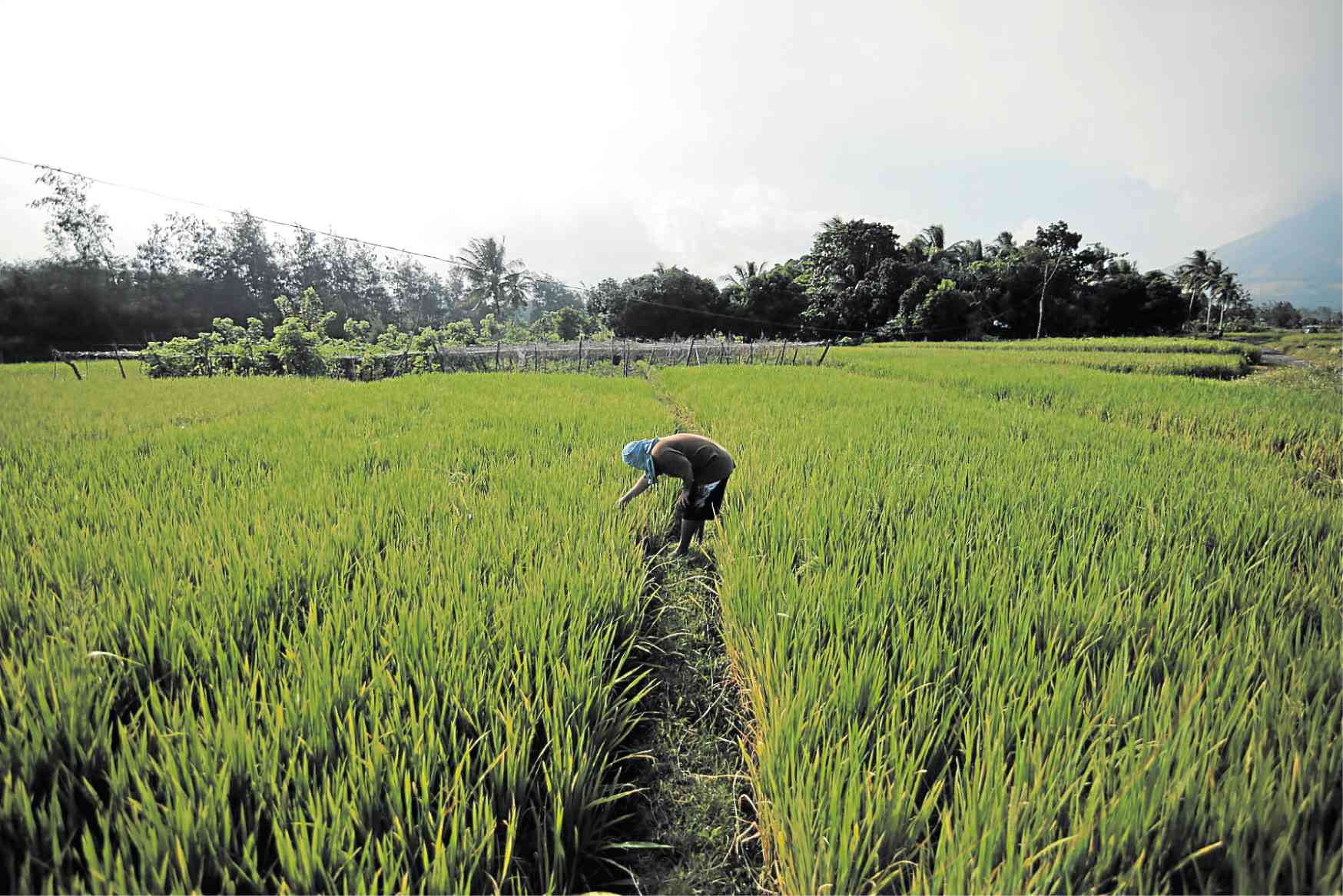 GRAIN CHECK A rice farmer at Barangay Busay in Daraga town, Albay province, checks his crops as the harvest season nears. The National Food Authority is buying palay grown in Bicol region at P10 and P19 per kilogram, depending on grain quality. —GEORGE GIO BRONDIAL

Henry Tristeza, the NFA regional director, said the government food agency would buy dried palay at P19 per kilogram and wet palay at P10 per kilo.

He said eight NFA buying stations had been set up in Bicol while five more would be set up during the peak harvest season starting October until December.

Tristeza said the NFA warehouses in the region have 205,000 bags of rice as buffer stock for nine days.

He said consumers could also buy NFA rice, without limit, from the agency’s accredited retail outlets.

Records from the Philippine Statistics Authority (PSA) show that 164,000 hectares of land in Bicol are planted with rice.

In Mindanao, thousands of rice farmers in Davao Region have started planting hybrid rice seeds, hoping for a better harvest, an official of a seed company said.

Carlos Saplala, president of SeedWorks Philippines, said on Wednesday that the top two hybrid rice varieties increasingly preferred by farmers in the region had been the company’s US (Ubod sa Sarap) 88 and TH (Tatag Hybrid) 82 rice seeds.

Of the estimated 16,000 ha of ricelands in the region, about 10,000 ha have been planted with US88 hybrid variety while other areas had been devoted to TH82, said Saplala, citing figures from the Department of Agriculture.

Among those using these varieties are farmers from Davao del Norte, Davao del Sur and Compostela Valley, Saplala said.

He said farmers preferred these varieties because of their quality and their high tolerance to typical crop diseases, allowing farmers to post yields 15 percent higher than they normally get from traditional rice varieties.

Although US88 and TH82 each costs as much P4,500 for 15 kilos of seeds, compared to the P1,700 for traditional rice seeds, farmers preferred these varieties because of the promised higher yield, he said. The 15 kilos of seeds are estimated to cover some 15 ha. —Reports from Mar Arguelles and Judy Quiros