As daily commuters struggle to get up from bed every morning, the aggravating traffic problems add up to it, especially when it causes them to arrive late at work.

On Wednesday morning, Sep. 25, Metro Manila motorists and commuters coming from the south went through an intense commute as standstill traffic built up along the South Luzon Expressway, northbound lane.

The third lane of the expressway heading north – outermost lane after the Alabang Viaduct – has been closed to traffic at the at-grade section of the Skyway, in line with the Skyway extension project. This, in turn, greatly inconvenienced motorists and resulted to gridlock.

In a traffic advisory posted on SLEX’s official Twitter account, it was noted that a “Stop and Go Traffic Scheme” will be implemented at the East Service Road near the Kawasaki area in Muntinlupa City.

With that, the management of the Manila Toll Expressway Systems, Inc. asked for the motorists to bear with the ongoing construction’s temporary inconvenience.

Commuters affected by the traffic expressed their dismay on social media over the intense traffic jam, bringing the word “SLEX” to trend on Twitter. 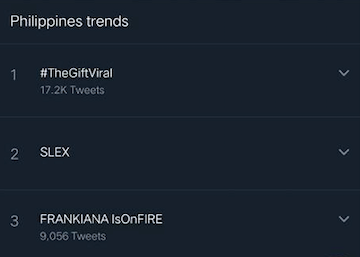 One netizen, katkat (@katrinalauz), pointed out that given the gravity of the situation, the said expressway should not even be called an expressway anymore.

“Nasaan [yung] express [doon]?” the netizen questioned. (Where is “express” there?)

Why SLEX is trending pic.twitter.com/ez6Ep36xI4

Seriously speaking, while at the bus, I heard most of the commuters talk with their bosses and relatives asking for an apology for being late. Even I, who is still at the bus upon tweeting this failed to take a quiz and attend a class because of the heavy traffic jam in SLEX.+

Meanwhile, the Skyway management issued a statement on its social media accounts Wednesday afternoon, appealing for the patience and understanding of motorists and commuters.

“We assure you that an early completion of this project will ease traffic further and provide all our valued motorists [with] higher levels of safety and convenience on the road,” said Skyway management.

The P10 billion-worth Skyway extension project, which started on June 2019, is targeted to be completed in December 2020. JB

What happened to the traffic master plan?