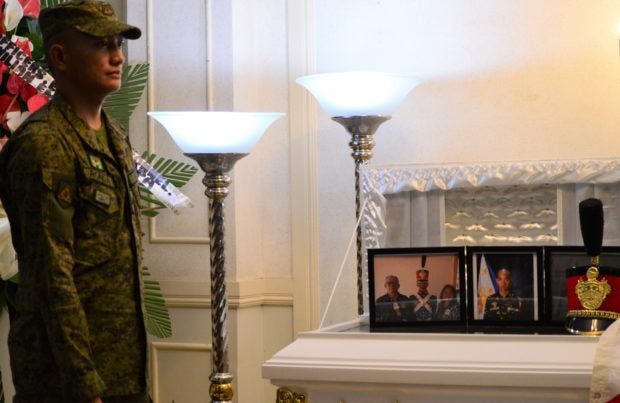 “He should (resign)… you know, if I were the superintendent, and I would not know what is happening in my academy, then I have no business staying in my position,” Presidential spokesperson Salvador Panelo said in an interview over ABS-CBN News Channel.

“How come there is stilling hazing there, I cannot even understand that. When you are the boss, then you should be telling your underlings, ‘I will not allow it. I’ll fire all of you or I’ll put you to jail.’ But if you are not … if you’re a weak boss, then this will happen,” he added.

Evangelista earlier vowed to file charges and apply sanctions to all those who will be found responsible for the death of cadet Darwin Dormitorio, who died Wednesday after complaining of stomach pain.

The cadet was reportedly confined at the hospital twice and had bruises on his stomach consistent with hazing.

Authorities have identified three suspects in his death and are now currently being held.

In a separate statement, Panelo slammed PMA’s “failure in leadership as regards being negligent in not stopping this murderous ritual which has no place in a civilized society.”

“With a heavy heart, we express our sincerest condolences to the bereaved family, friends, classmates, and loved ones of the young Darwin,” he said.

The Palace official also assured the family of Dormitorio that authorities will prosecute those behind the death of the 20-year-old cadet.

Panelo likewise suggested that heads of organizations should be held criminally liable to prevent hazing.

“Personally, I’m suggesting that there must be a law that will make the heads, like the PMA, criminally accountable. That will stop. When you make them criminally liable, subject to prosecution, I don’t think there will still be hazing cases, even in fraternities,” he said in mixed Filipino.